The Next Step Begins

The Kennedy Space Center is a busy place these days as I saw in my visit.

You wouldn’t think so with no manned launches taking place. But the ground work, literally, is being done to take America’s next step into manned spaceflight.

Pad 39B where space shuttles were launched has been taken down and is being rebuilt to handle Orion and the Space Launch System (SLS). Pad 39A has been left intact as it was not cost effective to take it down so one can still see the past. 39A was where man left for the Moon. 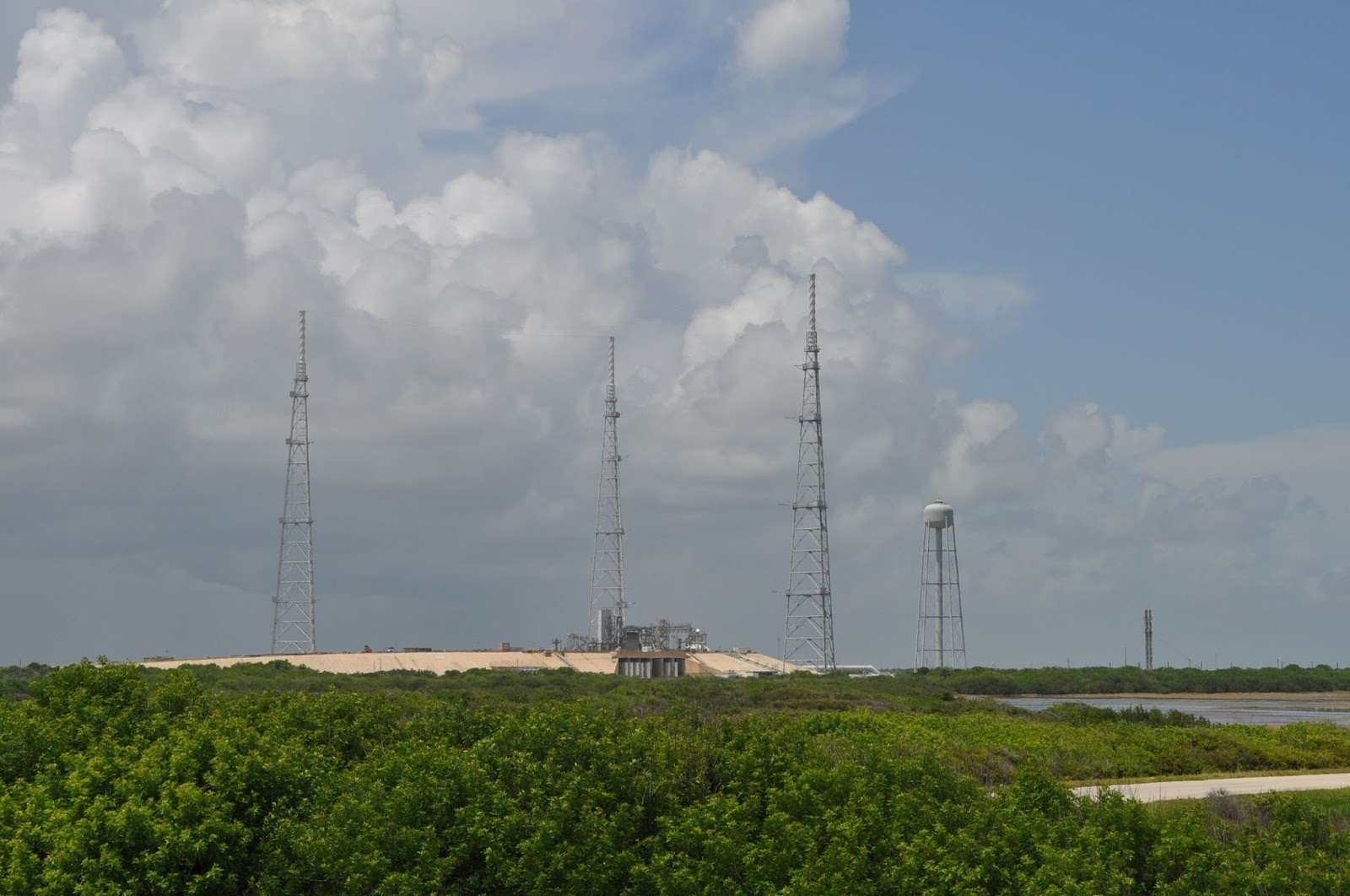 The Vehicle Assembly Building (VAB) looks the same on the outside but it is being modified to handle SLS and Orion. The crawlway where the massive crawler and Mobile Launch Platform take the stack (launch vehicle and spacecraft) to the pad is being modified also. The track was bare of Arkansas Riverstone - the top layer of the track - in sections with work vehicles aligned along the crawlway.

SLS is being built now as is Orion. The RS-25 Space Shuttle Main Engines that will power the first stage of the SLS are ready to go; the Saturn V derived J2X engine is being tested, fired and working towards manned spaceflight certification. The modified Space Shuttle Solid Rocket Boosters (SRBs) are roaring in the Utah desert with over 2.5 million pounds of thrust per SRB.

Astronauts are being trained to fly Orion and the United States Navy and NASA are conducting Orion spacecraft recovery operations planning and testing.

Yes, the next step to going beyond Low Earth Orbit for the first time since December 1972 and going farther into the solar system than ever before is being prepared for. Each day gets us closer to September 2014, the inaugural unmanned flight of Orion launched by a Delta IV Heavy. Orion will go out to 3,600 miles and then come screaming back into the atmosphere at 25,000 miles per hour to test the thermal protection system, parachutes and water integrity of the spacecraft.

Email ThisBlogThis!Share to TwitterShare to FacebookShare to Pinterest
Labels: The Next Step Begins