A Planet Without a Star

We have found almost 1,000 planets outside of our solar system - exoplanets. But never before have we found an exoplanet without a star - until now. 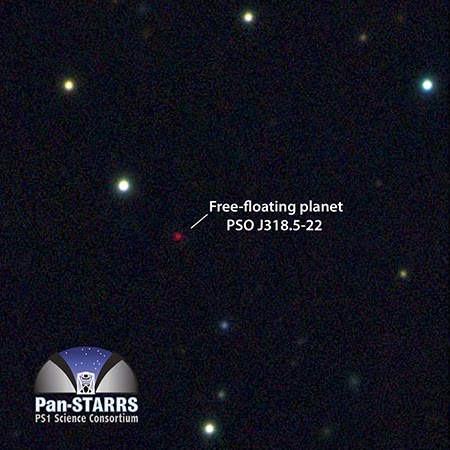 Astronomers recently announced that they had discovered a lonely wandering exoplanet about 80 light years from Earth that is only 12 million years old. The exoplanet, PSO J318.5-22, was imaged during a search for brown dwarfs - objects that are failed stars as they are too small to initiate nuclear fusion.

PSO J318.5-22 is about 6 times more massive than Jupiter and is thought to be part of the Beta Pictoris moving group of young stars.

Read More About It: http://www.ifa.hawaii.edu/info/press-releases/LonelyPlanet/

Email ThisBlogThis!Share to TwitterShare to FacebookShare to Pinterest
Labels: A Planet Without a Star