NASA is hosting a Google+ hangout dedicated to the Cassini spacecraft at Saturn at 3:30 p.m. EST 12-4-13. Check out this impressive photo of Titan taken by Cassini rising: 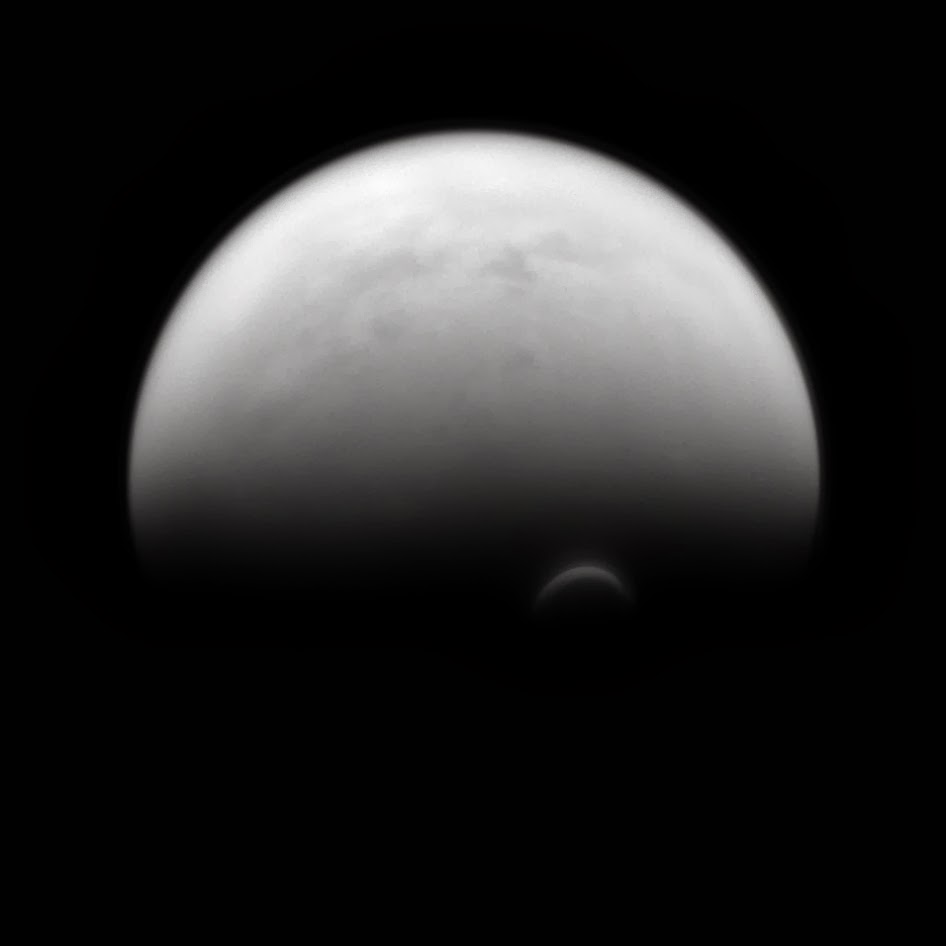 It's important to support Cassini as NASA has had to put forth discussions of cutting Cassini for budgetary reasons… insane to shut down a perfectly performing spacecraft that cost $$ to get to Saturn. But the unrealistic budgetary squeeze the inept and dysfunctional Congress has put NASA in is causing this to happen.
Read More About the Cassini budget mess:
http://www.planetary.org/blogs/guest-blogs/van-kane/20131112_Cassini_extended_mission.html

Email ThisBlogThis!Share to TwitterShare to FacebookShare to Pinterest
Labels: Tune In To Cassini At Saturn 12-4-13 3:30 p.m. EST