It was a wonderful week attending the 223rd American Astronomical Society (AAS) meeting held at the beautiful (it truly is) Gaylord Convention Center at National Harbor, MD - note Jupiter and Orion in the pic below of the Center. 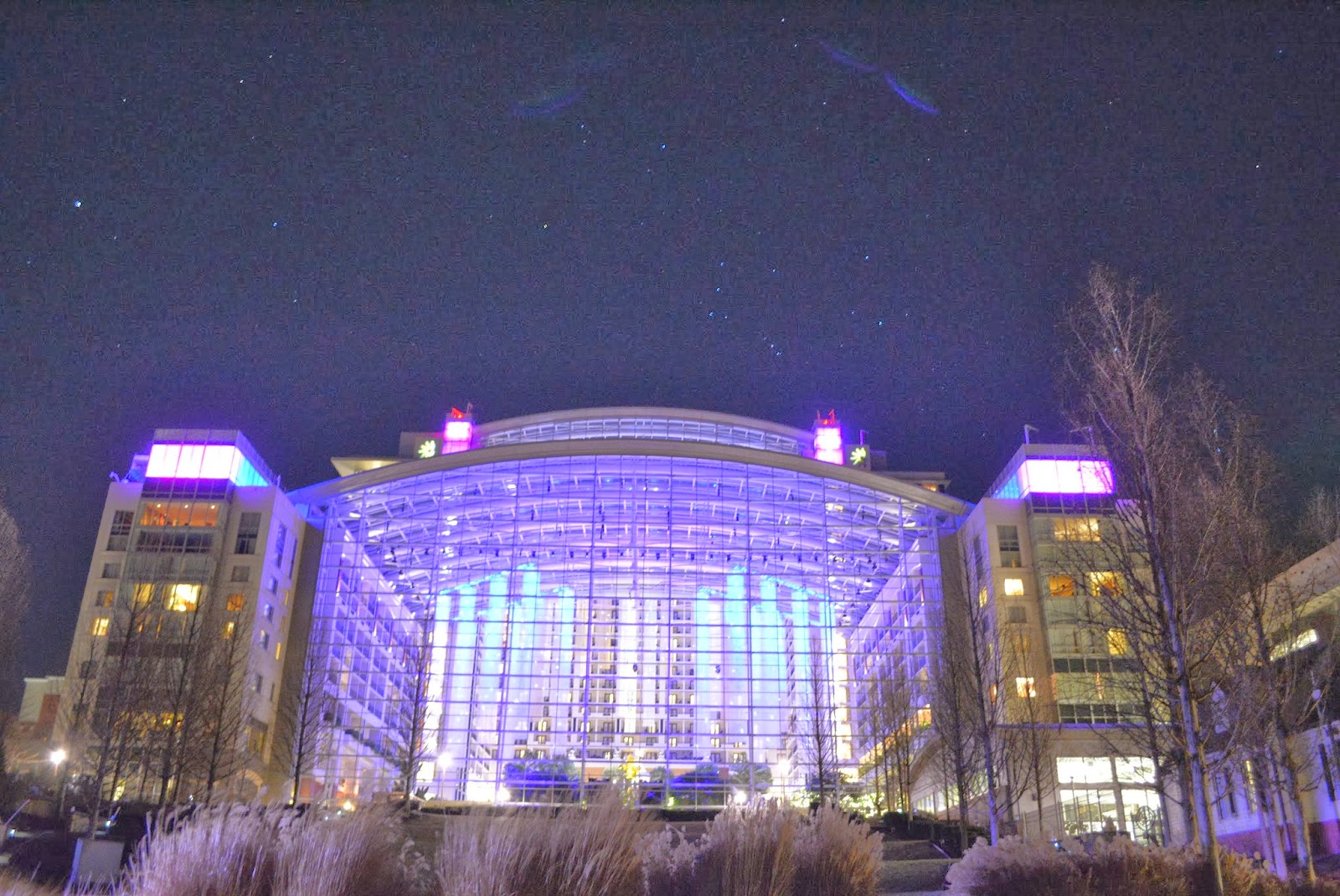 It was impossible to attend all of the presentations and poster sessions as each day was chock full. The latest in astronomy through a never ending firehose of information, data, photographs and the people involved - what a delightful experience.

Rock Star
Attending the talk on Monday evening by Dr. Neil deGrasse Tyson - truly the "rock star" of astronomy and heir apparent to Dr. Carl Sagan - was informative and entertaining. He discussed social media and astronomy/science and his personal experiences in the "Twitterverse". He has over 1.5 million followers which he claimed was "not bad for a scientist". He also mused that "I have power and I cannot abuse it" which is in reference to the following he commands in the social media world. He is truly an icon in popular culture - t-shirts, decals, pumpkin carvings, Comic Con appearances, TV, the 'net. He is the face and voice of the remake by Fox Network of the classic 1980 series "Cosmos" done by Carl Sagan. It is due to premier in March 2014. The meeting room was packed and a lot of the attendees were very young. Three professional female astronomers, two from my alma mater UCLA, decreed Neil has "Rock Star" status and is a good ambassador for astronomy. I'll have more on Cosmos as we get closer to the premier.

Dietary Supplement
The supermassive black hole (SBH) at the center of our Milky Way Galaxy was predicted to "come alive" in 2013 due to the very close passage of what is thought to be a gas cloud but it never did. Further refinement of observations of the very center of our galaxy and its SBH, called Sagittarius A*, or SgrA*, has determined that our SBH will get a "dietary supplement" of matter from a possible gas cloud called G2 in March 2014. G2 is starting to show shearing from the gravitational influence of SgrA* and it could cause "fireworks". When I asked the presenters what they meant by fireworks, they stated that SgrA* could come alive and active with the influx of matter from G2. SBH, or "regular" black holes cannot be seen unless they gravitational interaction with matter. Matter being eaten by the black hole will accelerate to incredible speeds and thereby extremely hot temperatures which can be seen by our ground and space based telescopes. Even matter that passes close by but not eaten will undergo some effects caused by the black hole which can be seen just as is happening with G2 now. I'll be following this story as it develops.

1% Measurement
How well do you know the size and scale of your home? Your neighborhood? Astronomers using very sophisticated techniques were able to measure the distance to galaxies 6 billion light years away - almost half the age of the Universe - to within 1% accuracy. That is an amazing accomplishment that allows the astronomers the ability to study the properties of dark energy - the component of the Universe that makes up over 70% of it and is unknown as to what it is.

Sky Guy in VA With His 100th Twitter Follower - a teacher