NASA's New Horizons mission to Pluto has less than a year to go until it starts preparations to finally close in on that far away world and its moons. Closest approach to Pluto will be on July 14, 2015 at a distance of 10,000 km or 6,000 mi. New Horizons is zipping along at over a million miles per day and was launched in 2006. It has been traveling in frigid space longer than some space missions last! 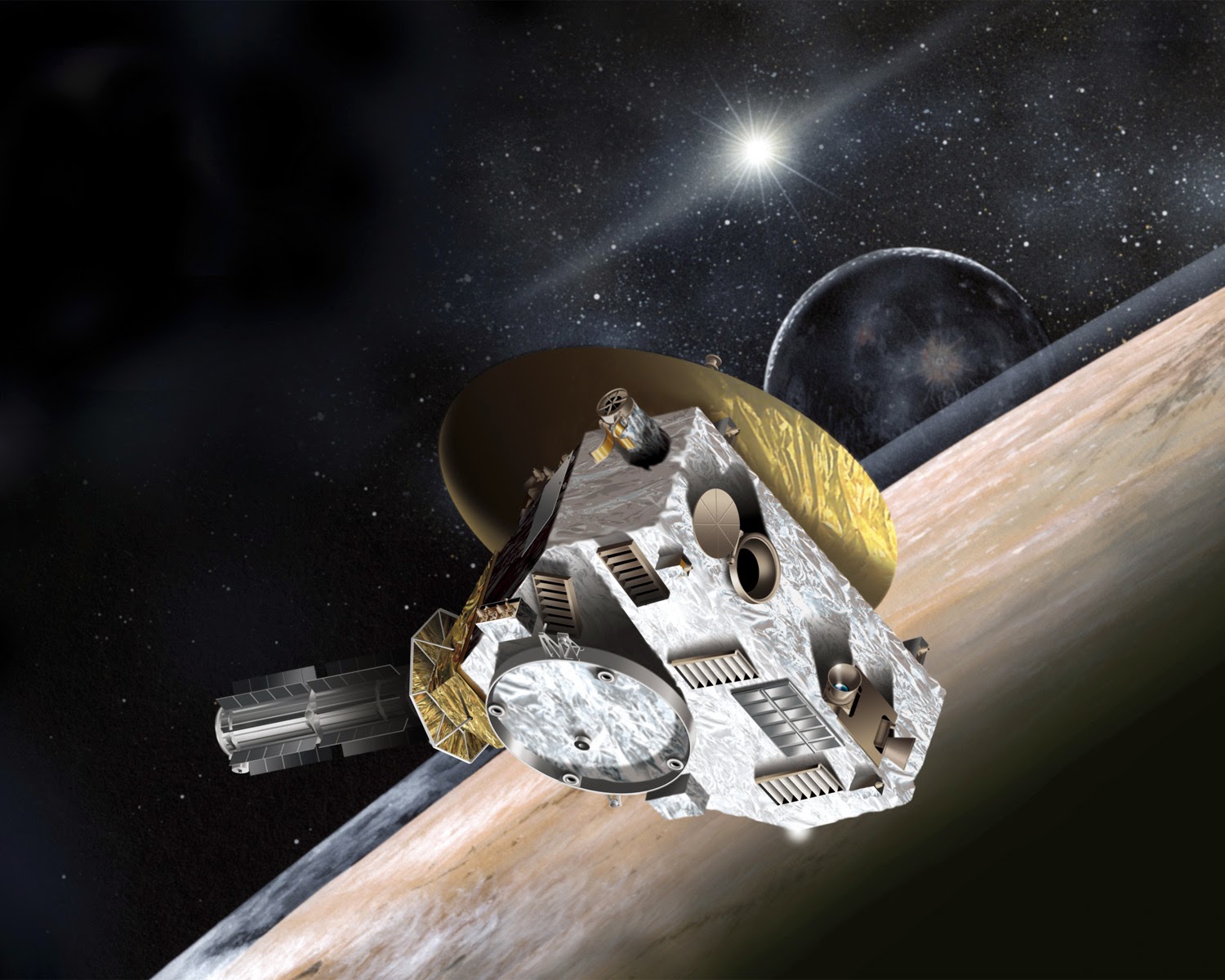 New Horizons was brought out of hibernation recently for check out and communications and will be placed back in hibernation until late June. 2 1/2 months later the spacecraft will slumber again until December 7, 2014 and then wake up for good to start 2 years of Pluto encounter preparations and operations.

New Horizons is a flyby mission as it does not have the fuel to enter orbit around Pluto and its main moon Charon. NASA is looking for where to send New Horizons post-Pluto encounter 2016-2020. A telescopic search is underway for a Kupier Belt Object (KBO) to send the spacecraft to. KBOs are thought to be dwarf planets like Pluto that exist beyond the orbit of Neptune.

New Horizons is boldly going where no spacecraft has ever gone before and will be charting brand new territory. Everything we see and discover will be a first and it is a good bet that humanity won't be heading this way again for a long time. New Horizons will definitely rewrite the textbooks on the outer solar system. Read More About It.

I'll keep you up to date on the mission's progress.