You may or may not be aware that Hubble Space Telescope (HST) is going to be replaced in the next few years by the most powerful space telescope ever built - the James Webb Space Telescope (JWST). HST's primary mirror is 94-inches in diameter while JWST's 18 mirrors will form a light gathering capability of 21-feet (252-inches!). A major improvement indeed. 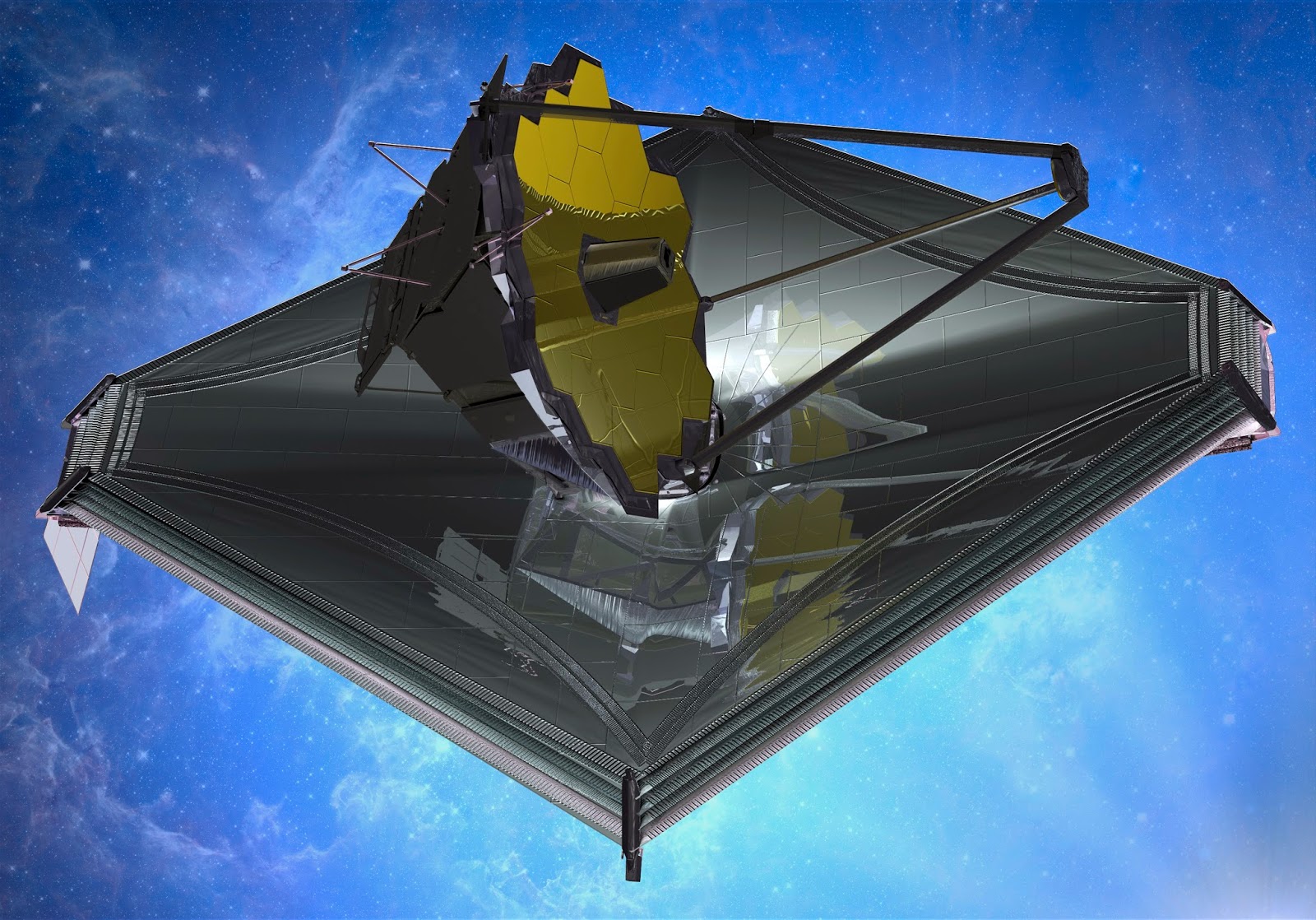 The telescope is scheduled to be completed in 2016 and launched in late 2018. JWST is ground breaking in every aspect of its design, construction and capability. And unlike HST,  JWST is not designed to be serviced by astronauts. It will operate about a million miles from Earth and be permanently shaded from our planet and the Sun so it can stay super cold in order to detect the faintest infrared objects in the Universe.

JWST is being assembled at NASA's Goddard Space Flight Center. All 18 of its primary mirrors and flight instruments are at Goddard, waiting for assembly which is a huge step forward in maintaining JWST's schedule.

JWST was almost killed off by Congress but a grass roots effort on the Web is credited with saving JWST from the budgetary axe - oh,  $3.5 BILLION had already spent on the telescope!

Today there was a briefing update held on JWST by Lockheed Martin, a major JWST contractor and NASA Administrator Bolden and Maryland U.S. Senator Mikulski. You can see the whole briefing here.

I had been invited by NASA to visit Goddard and see JWST as part of one of its "Socials" but bad weather cancelled the event and I am waiting to hear when it is rescheduled. I will be able to take pictures of JWST and interview scientists about it.

JWST is a top priority for NASA and they must get it right the first time as there will be no repair mission as there was to fix HST's blurred vision. So testing and more testing is the name of the game.