Check out the newest crater find on Mars: 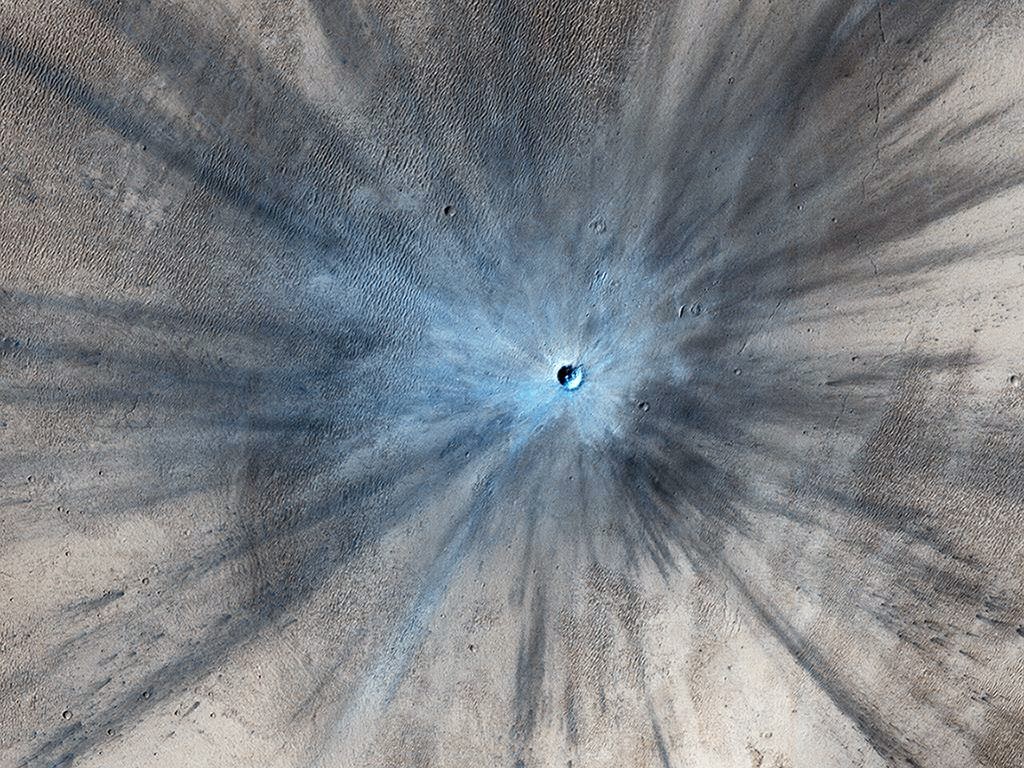 On average Mars gets about 200 new impact craters a year. The Mars Reconnaissance Orbiter (MRO) has photographed a number of new Martian craters but  I have to say none as spectacular as this one.

It looks like the impactor came in from the south and blasted out a 100 foot (30 meter) crater. Ejecta was thrown as far as 9.3 miles (15 kilometers). The true color photo shows the all permeating reddish dust that covers Mars. It also shows fresh underlying material in blue where the dust was blown away.

Mars is rising now about 11 pm in the east and will be getting much brighter as it gets closest to Earth in April.

I wish we could see an impact like this on the Moon as it would be truly spectacular - no atmosphere to slow the impactor down although the Moon's gravity well is smaller than Mars. I think the impact would be easily visible to a lucky telescope observer. The resulting crater would probably be larger and the ejecta would go much farther due to the lower gravity. Lunar Reconnaissance Orbiter would get great pics.