The Hubble Space Telescope (HST) celebrated 24 years in orbit yesterday, April 24th. Hard to believe it has been that long but 700,000+ images takes years to acquire.

A new HST photo that shows a cross section of the Universe in terms of galaxies was released on April 17 and it is amazing. You have to go the link to see the larger picture and view it in a dark room to get a sense of what you are seeing. The background article is necessary to read if you want to learn some of the fascinating science behind the pic but the image is an inspiring view of our Universe. 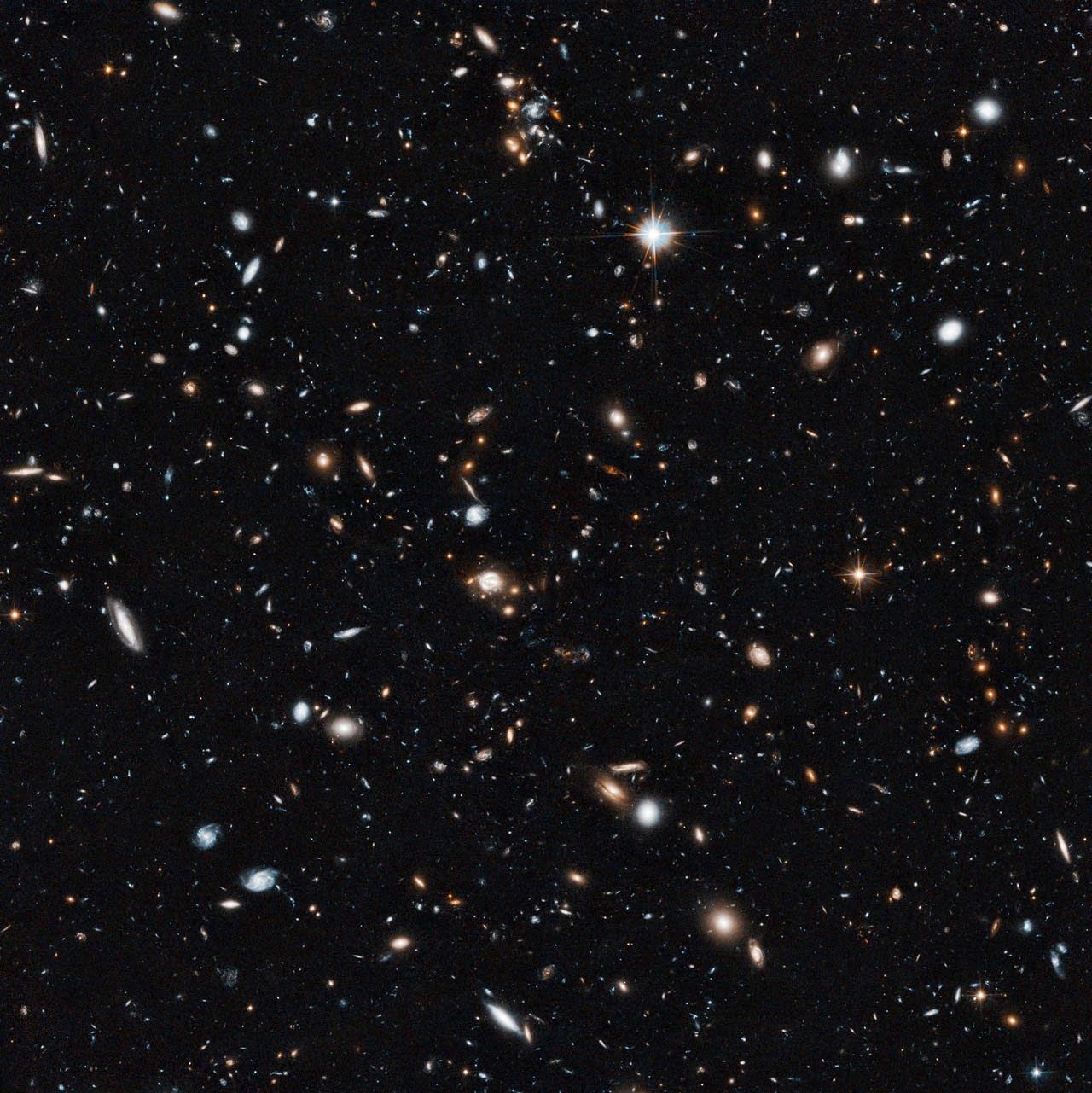 If you are ever in Washington DC you have to see the full scale mockup of HST and two of its instruments on display in the Air and Space museum. The addition of the instruments was to commemorate HST's anniversary.

Only then can you gain a true appreciation of the size of HST and what it took - the space shuttle - to put it in orbit and also repair/upgrade HST through these past 24 years.

HST has a few more years left before it reenters the Earth's atmosphere. It will be replaced by the James Webb Space Telescope (JWST) scheduled for launch in 2018. I will be visiting Goddard Space Flight Center in June to see JWST and interview the people putting the telescope together. I'll have much more on JWST after that.