Heard about NASA's "Flying Saucer"? It is a SUPER COOL technology that will allow NASA to land heavier payloads, including humans, on the surface of Mars. 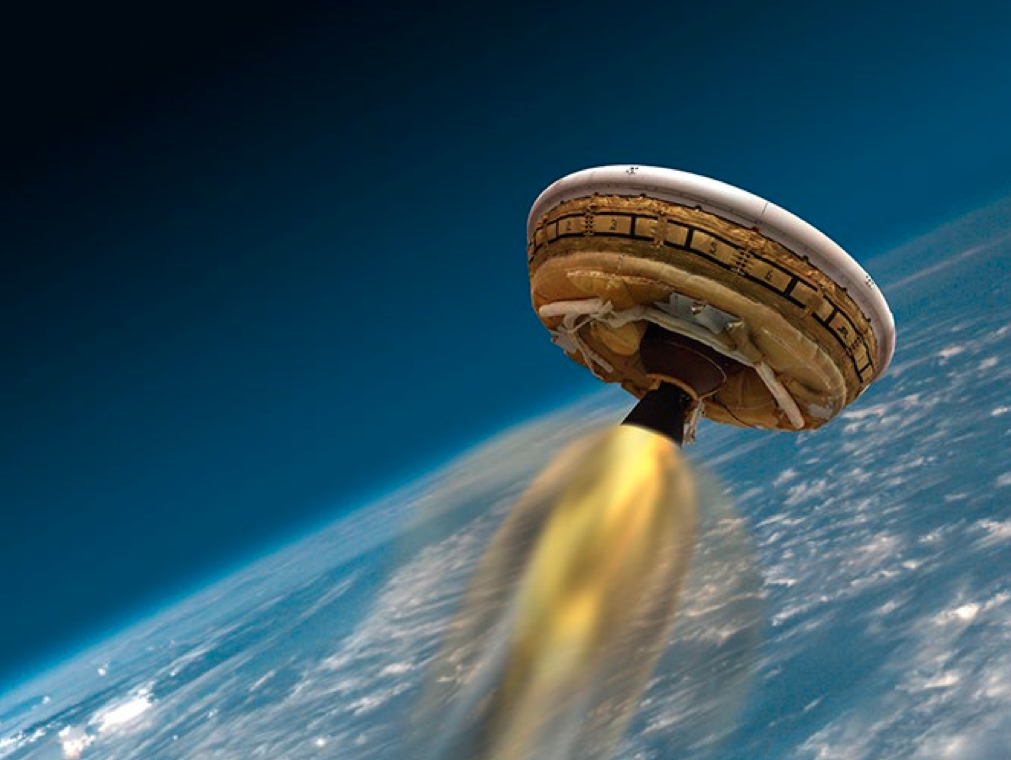 NASA needs a new way to land payloads heavier than its Curiosity Rover, weighing in at 1-ton. You do not want to haul heavy rocket fuel which really won't work by itself in landing on Mars and you cannot rely completely on a parachute so you have to come up with an Entry-Descent-Landing (EDL) system that combines both.

Enter NASA's Low Density Supersonic Decelerator (LDSD) - a design that "puffs up" a large decelerator that helps slow a spacecraft from supersonic speeds which in turn will allow for the deployment of a parachute. Both of these techniques will allow for EDL of heavier spacecraft, including those with humans, onto the surface of Mars.

LDSD is entering into active testing with a launch window that opens on 6/3 (the flight has been cancelled for 6/3 due to weather and will be resked to 6/5) and continues for several days. The mission profile is to take the LDSD "Flying Saucer" up to 120,000 feet via a balloon, fire a rocket to take it up to 180,000 feet, deploy the decelerator to reduce speed and then a newly designed parachute.

In this test our thin upper atmosphere acts like the atmosphere of Mars and allows for a flight test under Mars-like conditions.

Email ThisBlogThis!Share to TwitterShare to FacebookShare to Pinterest
Labels: Holy X-Files! NASA HAS A FLYING SAUCER!!