Hubble to Proceed with Full Search for New Horizons Targets

NASA's New Horizons spacecraft is speeding towards a flyby of Pluto in July 2015. This will be historic as Pluto will be the last of the original nine planets to be visited by a spacecraft.

But what to do with a healthy spacecraft after the Pluto flyby that has lots of life left in her?

Go to new worlds and explore them in the depths of the solar system - an area where we will not probably be going for a while.

To facilitate the post-Pluto mission of New Horizons Hubble Space Telescope (HST) has been looking for worlds beyond Pluto - and has found two potential candidates for the spacecraft to visit. 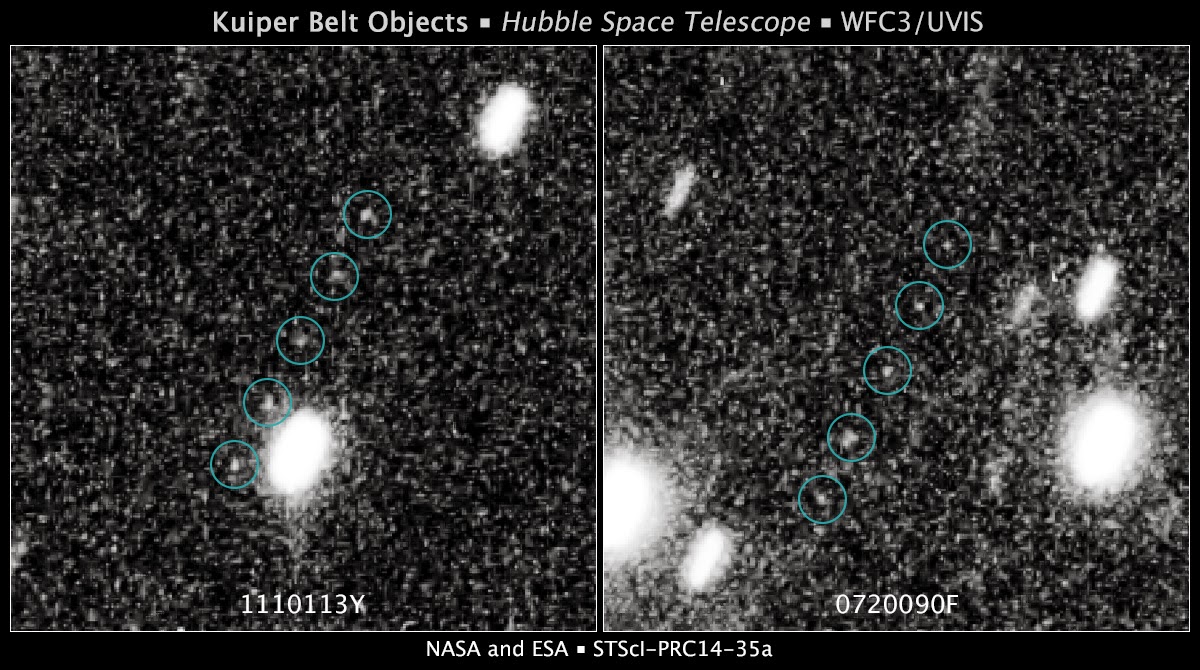 The decision on what worlds to explore will have to be made in the fall of 2015. It will then take 2-3 years to fly to the new target(s).

New Horizons will start her science mission on Pluto in January….it has been a long but worthwhile wait.