The European Space Agency (ESA) will announce on 9-15-14 at 5 a.m. EDT where its Philae lander which is currently attached to the Rosetta spacecraft, will put down on Comet 67P/Churyumov-Gerasimenko. ESA will chose the final landing site from 5 candidate sites. The landing will take place some time in November. You can watch the announcement here.

Comet 67/P has no visible ice/water patches on its surface and is darker than charcoal. A NASA instrument aboard Rosetta has made some observations of the comet that can be read about here. 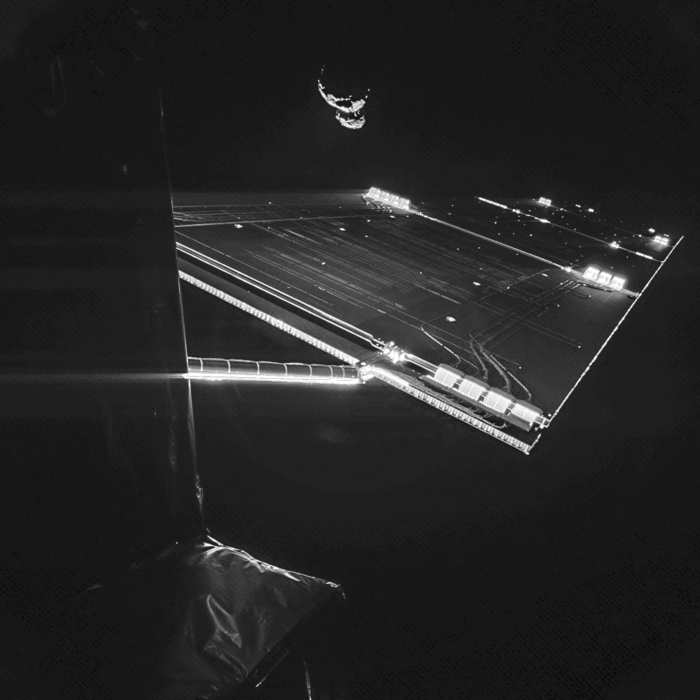 This is going to be a fantastic mission to follow in the year to come. WIth the Philae lander making observations from the surface and the Rosetta spacecraft orbiting the comet while it swings around the Sun we will get data that will add greatly to our knowledge of these icy leftovers from our solar system's formation.