Those of you who follow me on Twitter @SkyGuyinVA and in this blog know that I am a lunatic through and through as in I LOVE all things lunar.

New research has just been published that solves a long standing mystery as to the area on the Moon known as Oceanus Procellarum - or Sea of Storms. It has been long thought that this vast area on the nearside of the Moon was caused by an impact from either a comet or asteroid as are all of the other impact basins that can be seen as the gray or dark areas on the Moon, especially when Full.

Now researchers have discovered that the Sea of Storms is NOT an impact basin but rather a surface feature created by ancient lava flows that were eventually covered by lunar lava. Using data from NASA's GRAIL A & B spacecraft researchers discovered structures under the surface of the Moon due to differences in the gravity gradient (strength) of the area. 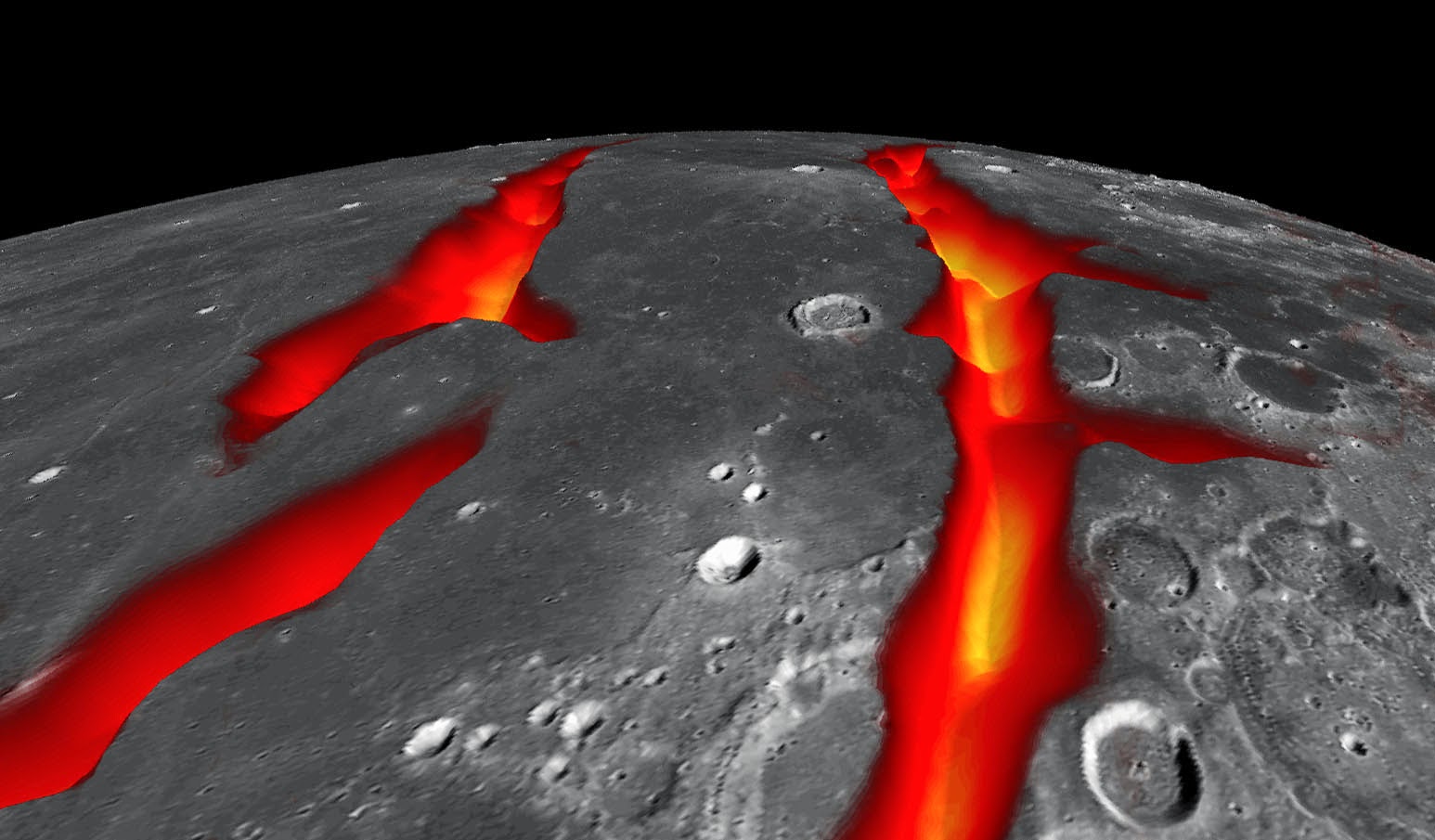 Please read the caption to this photo for details.

This new discovery will help us to understand the structure and evolution of the Moon. It also shows that the Moon must have had an active geological history beyond our current understanding.

This is exciting stuff.