I have updated the links for Mercury-Venus pairing and Comet Lovejoy. All 3 are STILL prime time viewing objects as it gets dark. 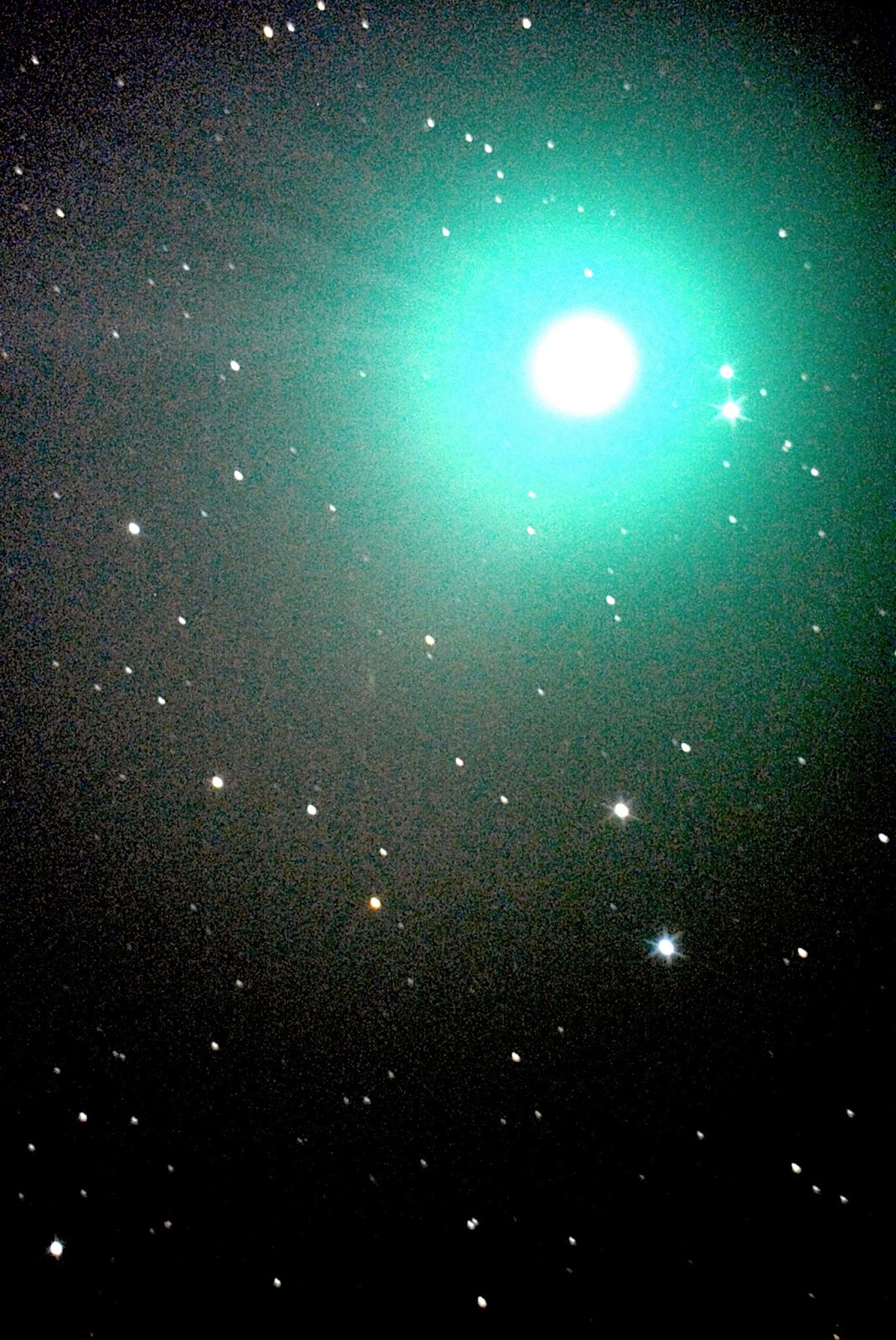 I know it is cold - hey, it IS winter - but there are some sights to see in the night sky that ARE worth bundling up and getting out to see.

First up right after sunset is the pairing of bright Venus and Mercury in the Southwest sky. Venus is easy to see when it starts to get dark and Mercury is just to the lower right. These two inner planets of our solar system have been getting closer to one another each night and they will be closest, less than the width of your little finger at arm's length, on Saturday.

Use this to help find them. Binoculars are a big help and will show the color contrast between the two. To me Venus is a greenish-white while Mercury is a yellowish-golden-white color. If you have never seen Mercury, most of humanity hasn't, this is your chance to do so. It is an amazing little world that orbits closest to the Sun and you can join an exclusive group that can say they have seen it.

You can also take a picture of the two using your camera. It is best to mount your camera on a tripod and use a remote shutter release to minimize vibrations. Take a variety of shots at different exposures.

Next up in the sky is Comet Lovejoy which has been reported (including by me) to be at naked eye visibility at a dark sky site. The comet is getting higher in the sky each night and can be seen when it gets dark in the Southeast sky. Once again binoculars will REALLY help you in finding this green colored interloper into our solar system.

You want to look for Comet Lovejoy when the Moon is not up in the sky. Use this to orient yourself with the sky and scan for Comet Lovejoy. You will also learn about why the comet is colored green and its history. What I found interesting is that this is not the first time Comet Lovejoy has been through our solar system.

If you live in a city I would still try to see the comet but binoculars are a must as is having no glaring lights in your view. Suburbanites should have no problem spotting the comet with binoculars either. The comet will linger in our skies for the next several weeks.

Finally, bright Jupiter is up in the Eastern sky at about 9 o'clock and is easy to see. Binoculars can show the 4 main moons discovered by Galileo on January 7th, 1610 but a small telescope is best.

Here's to clear skies and let me know how your observing sessions went!