The Dawn spacecraft is closing in on the dwarf planet Ceres and getting ever better pics while doing so.

The latest pics are from about 52,000 miles away and show the icy world as being heavily cratered. The two pics below show the rotation of Ceres. 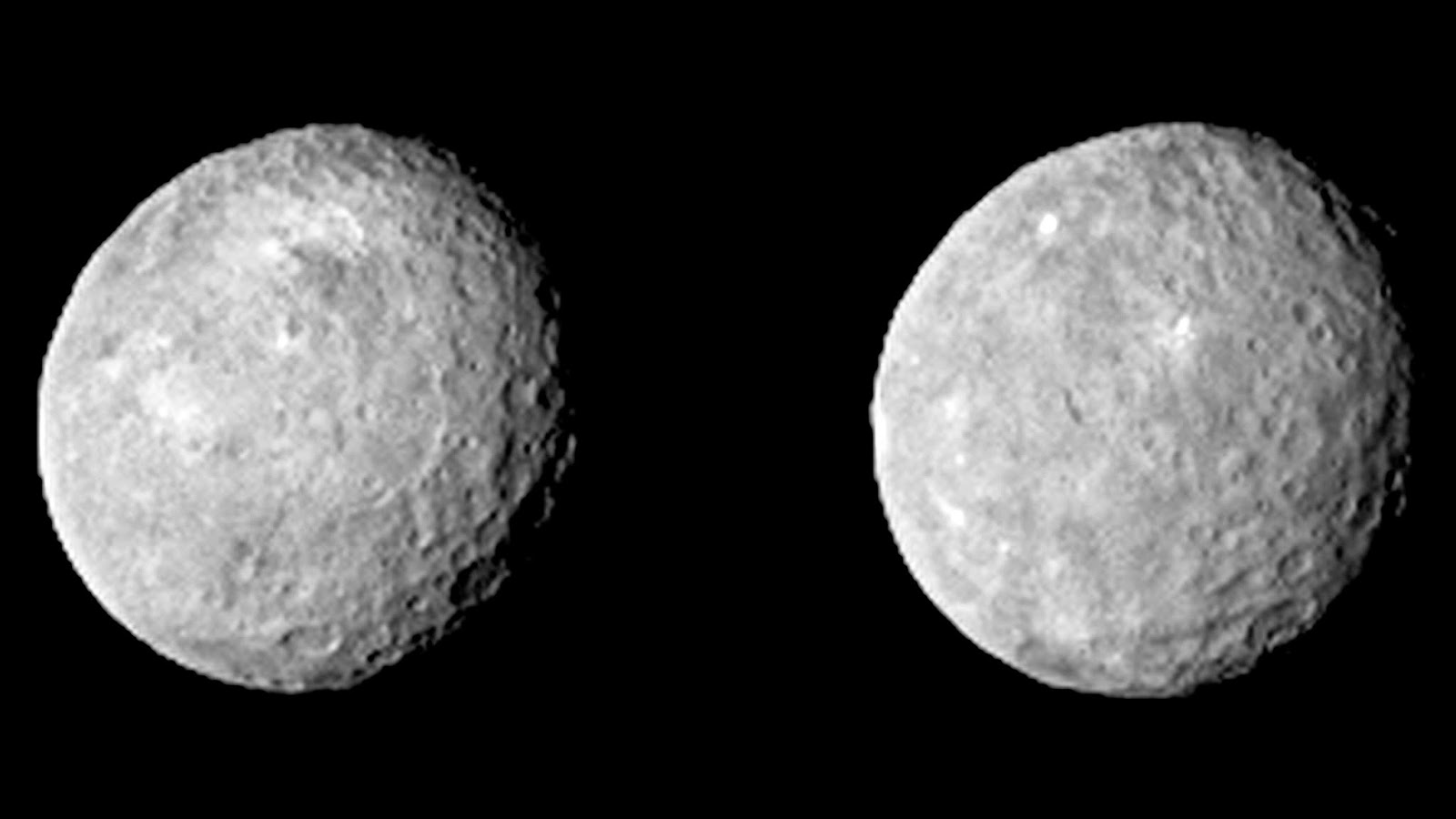 I'm rather convinced that the white spots we seeing are fairly new impact craters that are showing ice that lies underneath the surface. There seem to be few major features so far except for the craters which is in direct contrast to the amazing world we saw in Vesta, Dawn's previous destination.

Dawn is due to rendezvous with Ceres on March 6th and enter into orbit to start a 5 month science mission.

The science gathered from visiting these two largest worlds in the asteroid belt will go a long way in helping us to understand the birth and evolution of our solar system.