Sorry I missed you yesterday but I was at NASA's Goddard Space FLight Center in Greenbelt, MD, catching up on my favorite spacecraft,  Lunar Reconnaissance Orbiter (LRO).

I wrote a feature article on LRO for Sky & Telescope magazine that was published in June 2009 and had a pic of me and LRO taken: 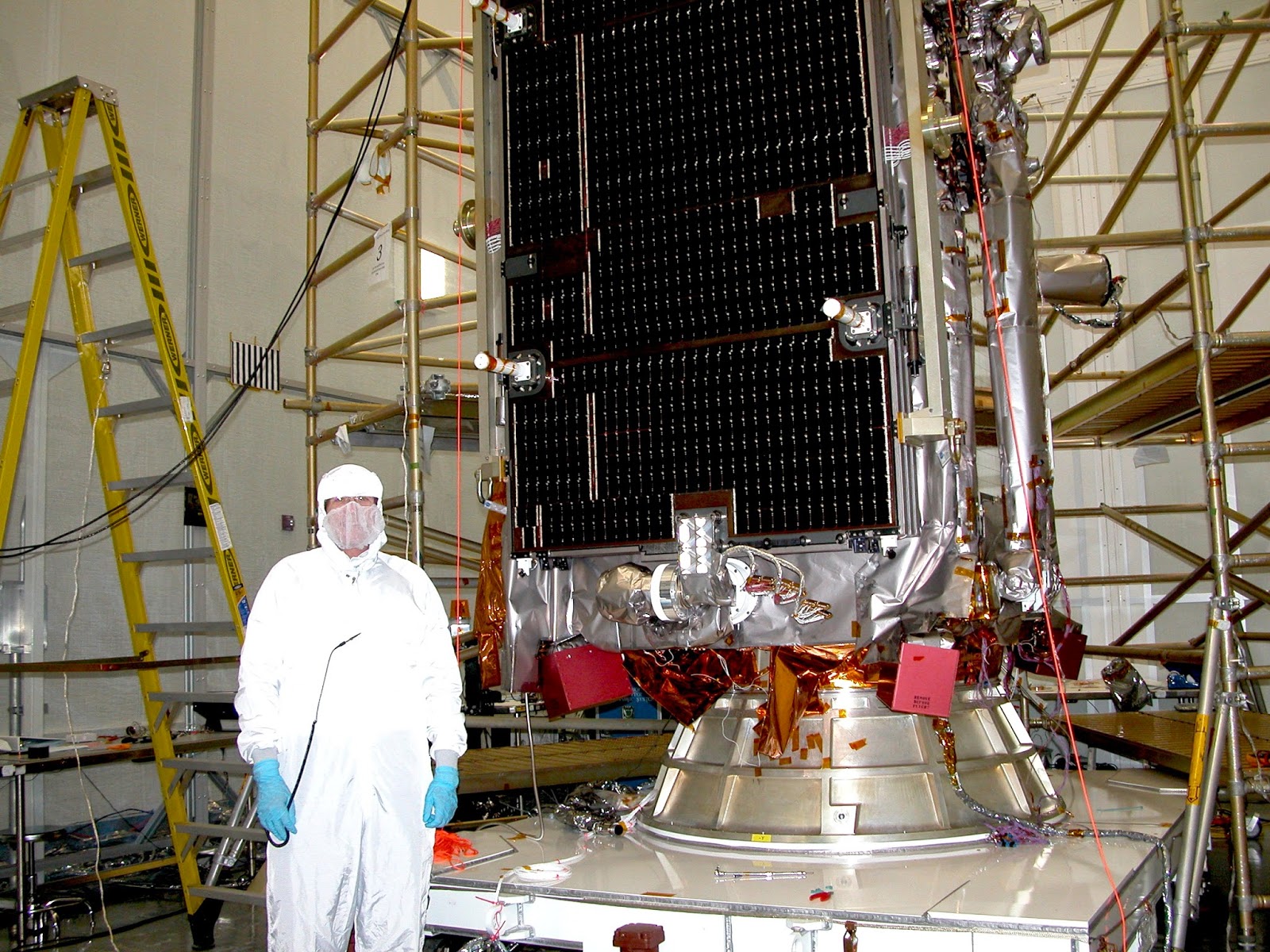 I visited with the LRO team - the mission director, the former chief scientist for the mission, the current deputy scientist, visualization experts and LRO herself (sort of).  When I did the article in 2009 the operations center where LRO is monitored an controlled was not operational. Yesterday I was able to visit LRO's mission control room.

While I was there LRO was over the North Pole of the Moon! To be exact, this picture shows that she was at 86.7 degrees N lunar latitude at a height of 165.8 KM. I could see the orientation of the spacecraft and the area of the Moon she was flying over based on prior pics taken by LRO. I have to say it was a surreal moment for me and one I will always remember. 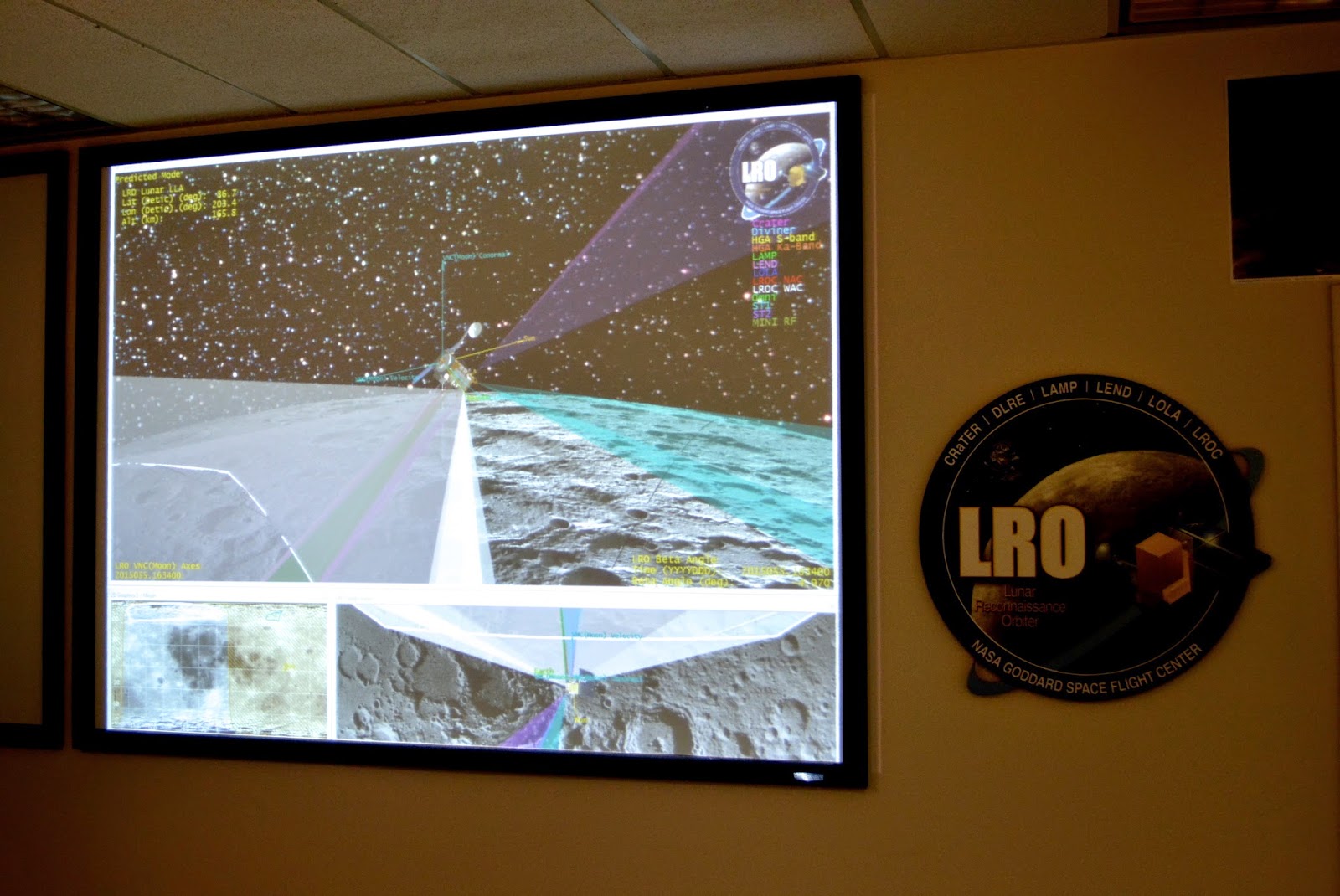 LRO is still doing cutting edge science and is in perfect health….she could last another 20 years. NASA currently has no funding for LRO in NASA's Fiscal Year 2016 budget which means that unless funding is found, LRO will cease operation effective 10/1/2015. This would mean that there would be no operational spacecraft in lunar orbit - and no one has plans to build such a mission that I am aware of.

Other space agencies depend on LRO's instruments and science is done on LRO 24 hours a day, 7 days a week. New discoveries are being made and there are 100's and 100's of Terrabytes of LRO data being added to the already bursting amounts of data the spacecraft has collected in almost 6 years. We know the surface of the Moon better than we do our own planet thanks to the cameras and instruments aboard LRO.

As I have blogged here the Moon is a VERY interesting world that has much to offer and is in my personal opinion, very important to humanity's future in space.

Email ThisBlogThis!Share to TwitterShare to FacebookShare to Pinterest
Labels: LRO