I am a Trekkie dating back to the original 3-season TV show 'Star Trek' that aired on NBC 1966-69, I THINK on Monday nights. I NEVER missed an episode. It was such a groundbreaking series that was created by a former Los Angeles Police Department (LAPD) patrolman named Gene Roddenberry.

As a street officer in LA I am sure he saw plenty to give him reason to envision a better world for humanity and Star Trek was the result I believe of those images.  Star Trek dealt with racism, interracial mixing of the sexes - the 1st EVER kiss of a white man (Capt. Kirk) and black woman (Uhura) on TV took place on Star Trek, poverty, communism vs democracy, the cold war, space-time and a host of other themes. I can honestly say I never saw a bad episode and each caused me pause to think and ponder.

In 1966 I was in full astronomy mode to follow in 1968 with telescope and camera. NASA was in full swing to get to the Moon and astronauts were flying Mercury, Gemini and Apollo missions while Star Trek was on the air. There were other GREAT science fiction series on TV during this time too: 'Outer Limits', 'Twilight Zone' and 'The Invaders'. This was an incredible time to be a sic-fi and space lover.

The most iconic Star Trek character that will endure as long as humanity has a memory, is Mr. Spock, played so fully and completely by Leonard Nimoy. His was the most difficult role on the show (including make-up) as he played an alien-human mix that had to contend with emotional humans when he himself sought to suppress his emotions and live by logic alone. Boy, was there some great writing and episodes about that conflict.

Mr. Nimoy passed away into eternity on 2/27/15 at the age of 83. The Internet came alive with his passing and did not reach the levels of the 'llamadrama' and 'whatcoloristhedress' but it did trend and he received just due and respect. He was able to have a last Tweet posted on his official Twitter account which was touching and led to the #LLAP - 'Live Long and Prosper' Twitter hashtag based upon Spock's icon greeting.

Another icon was created by Astronaut Terry Virts' tribute to Mr. Nimoy which was taken aboard the International Space Station (ISS) while she flew over Boston, MA, Mr. Nimoy's birthplace. 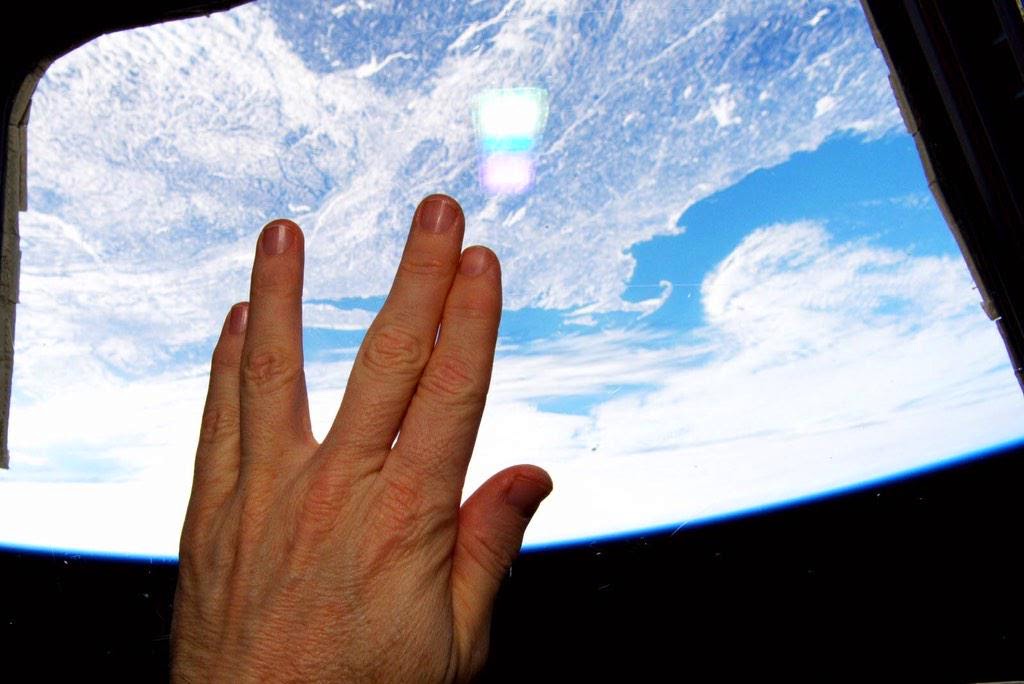 A lot of tributes from NASA, including astronauts, were sent out via Twitter thanking Mr. Nimoy for his role as Mr. Spock. They cited how he and Star Trek caught their imagination and kindled their desire to explore "Space, the final frontier…." which was used in the opening monologue of each Star Trek episode and is known to all Trekkies.

Three of the actors for the main characters of the original Star Trek series - Scotty/James Doohan, Bones/DeForrest Kelly, and now Mr. Spock/Leonard Nimoy - are gone. Only Captain Kirk/William Shatner remains. Several other Star Trek actors remain but these 4 were the core of every episode and Star Trek movies 1-6.

Live Long and Prosper Mr. Spock, and thank you Mr. Nimoy for bringing him to life.