I enjoyed seeing Lima, Peru, especially the birds and sea lions located on some islands just off the coast of the city.  We took a small motor launch out to the islands and it was quite the trip.

There were an estimated 10 THOUSAND sea lions frolicking in the water and laying out in the rare sunny day. They make quite the noise and I have listened to my video of them several times to hear them - quite the amazing memory I must say. Here you can see them in the water and on the island. 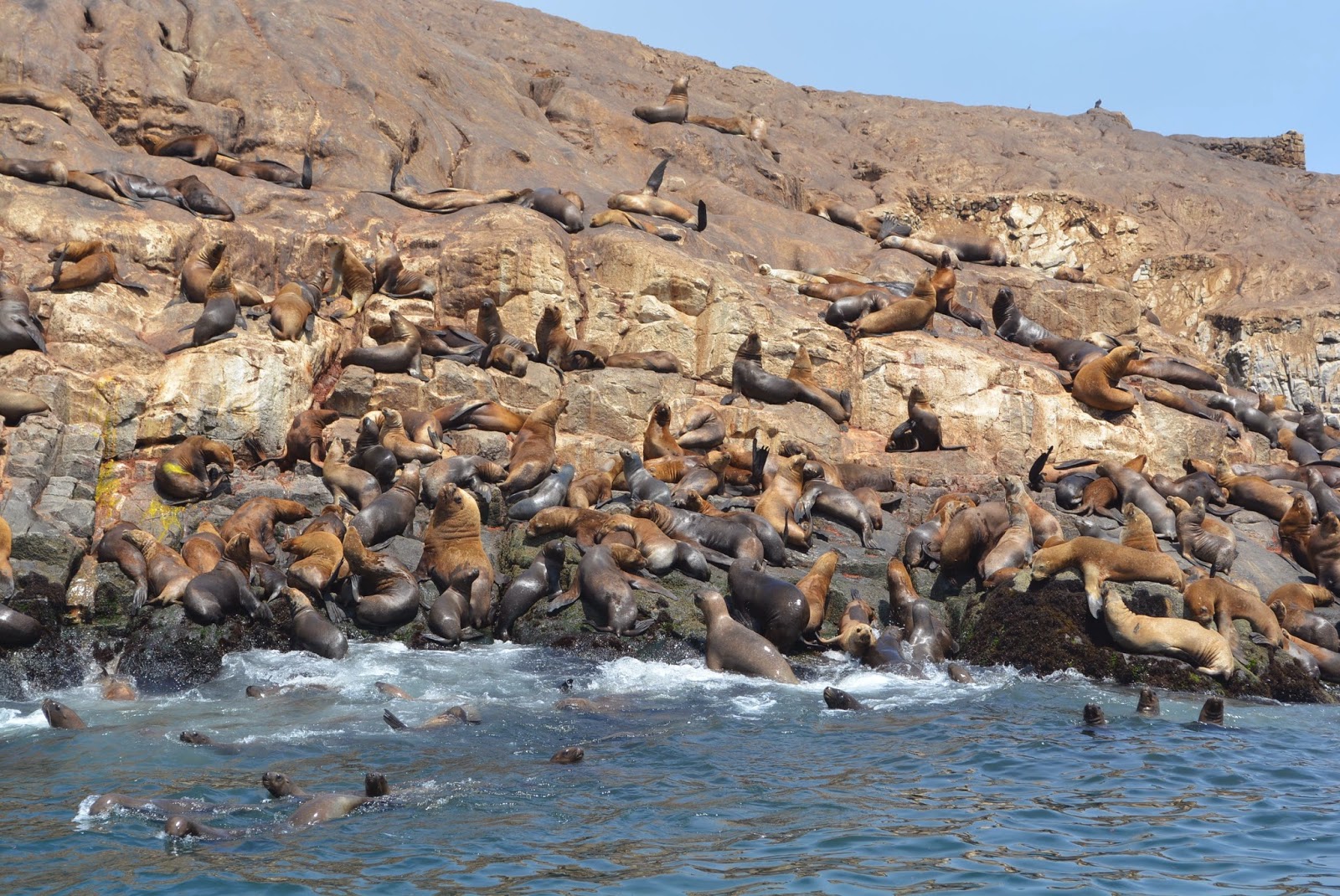 There were also very large pelicans, Humboldt Penguins, yes Penguins (!!) to see as well as Turkey Vultures which I could not distinguish from my fave bird of prey in Virginia. They soared overhead in large numbers and in binoculars I could see the tell tale red head and white color of their feathers to ID them. There was also Peruvian Black Vultures which were different from our Black Vultures in Virginia as they seemed larger.

The weather has been a perpetual fog bank followed by very brief periods of somewhat clear skies. I have been able to see the Moon located about 50 degrees North of where it would be in Virginia and the brightest two stars in the night sky, Sirius and Canopus. Sirius is directly overhead, again due to being in the Southern Hemisphere.

We are headed North to Ecuador but I am still hoping for a clear night to see the Large and Small Magellanic Clouds - the largest dwarf galaxies orbiting our Milky Way Galaxy - and the Southern Cross.