I gave my last presentation today, 4-13-15 on board Holland America’s Statendam. Titled “The Universe and You” I provide attendees a look at our planet, the solar system and the Universe as a whole. It is a far reaching topic that I hope broadens the knowledge and wonder of those who hear it.

I am ALWAYS humbled by the enormity of the Universe and our ability to ponder it with our telescopes, instruments, machines and most importantly, our minds. We know much but have so much farther to go in our understanding and true comprehension of our Universe. Perhaps the most profound  thought my audience leaves with is that we may be only one of MANY universes that exist simultaneously.

The most amazing experiences (and there were many in this 1st time visit to these countries) that I am taking away from this 16 day cruise to Peru, Ecuador, Costa Rica, Nicaragua, Guatemala and Mexico boils down to two: Mayan Cosmology and Lucas.

I have to read up on Mayan Cosmology or their view of creation, the sky, and their place in it. The Mayan ruins at Iximche, Guatemala, were at 7,000+ feet (been awhile since I was on that high of ground) and consisted of an astronomical observatory and other ruins. We saw the actual stone circle where humans were sacrificed to the Mayan Sun God and learned of the violent and I must say gruesome rituals that took place involving Mayan royalty (genital mutilation for a start). I am not judging the Mayans as to their culture or rituals in the distant past but am merely commenting on its cost to living, breathing humans.

Lucas is a two-year old rescued California Sea Lion that happily lives in “Dolphin Adventure” Park, Puerto Vallarta, Mexico. The park has rescued dolphins, sea lions and sea wolves (the Mexican name for California Sea Lions), free roaming Iguanas and a crocodile or two. These creatures have been rescued and saved from what would be an almost a certain death in the wild due to their injuries. 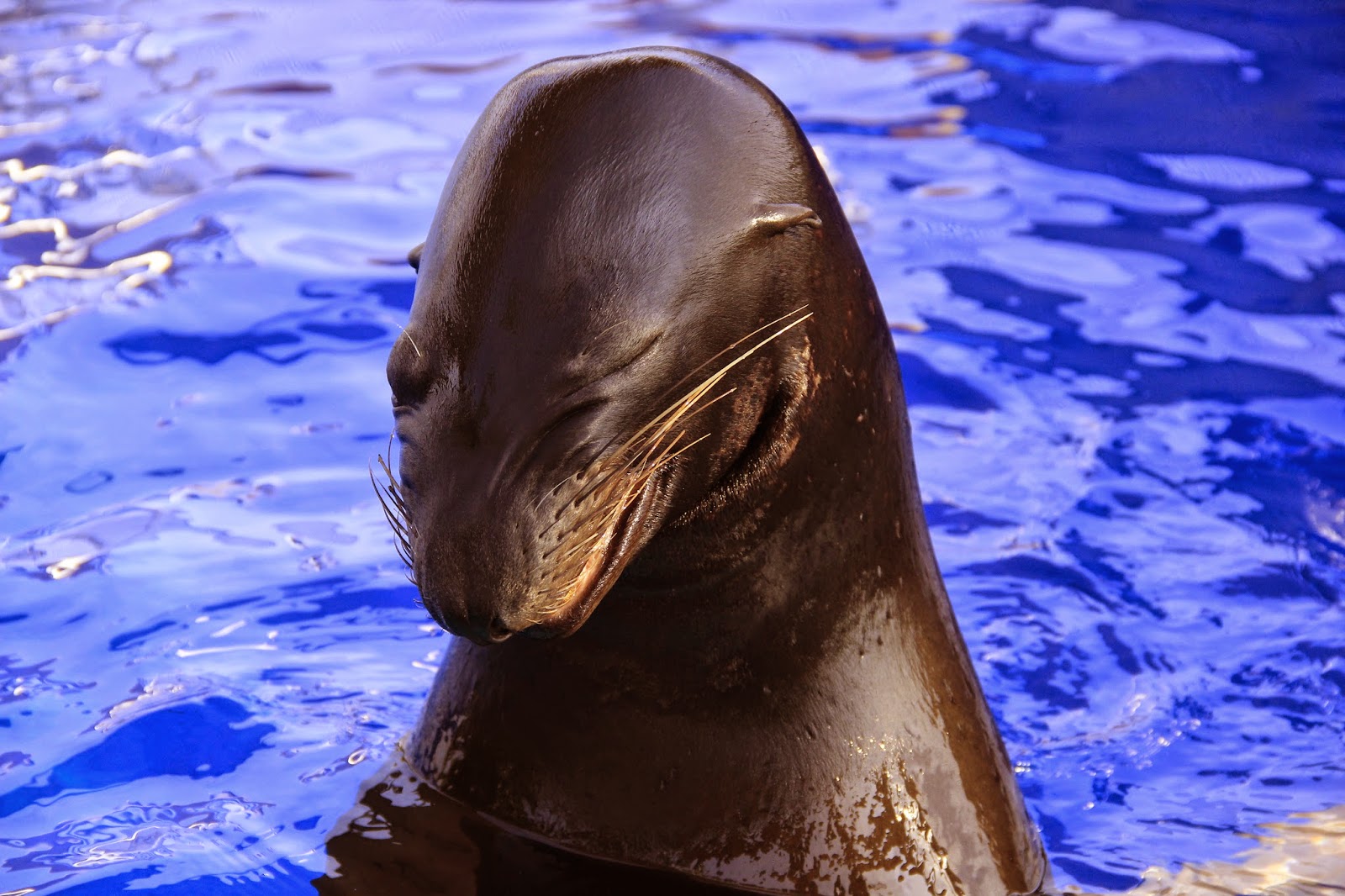 Lucas was found as a pup in Mexican waters with a very bad injury to his side and weighed only 30 pounds - he surely would have died. He was brought to the park where he was cared for and eventually healed. It is doubtful that Lucas will be returned to the wild like many of the rescued animals are if they are deemed fit to do so. He will be an emissary to the human race that can spend time with him (40 minutes) in his clean and nurturing environment. Lucas will also help to increase his species by mating when he comes of age and is able to do so.

I got to spend a few precious minutes alone with Lucas in his very clean saltwater pool and felt an overwhelming affection and bonding with him. He is the first sea mammal I have ever been able to touch and have close contact with. Lucas likes humans - a testament to the love, respect and training that Mine, Lucas’s trainer, provides him. She is an animal lover that owns several dogs and is solely dedicated to Lucas.

Lucas never flinched or fully widened his eyes but actually closed them when he fully stretched out to let me stroke him nor did he ever try to pull away - he leaned in to me -  and used his large flippers to make and maintain contact with me.

Lucas and I hugged, yes, hugged, and he did flying leaps over me. For full disclosure Lucas also gave me several kisses on the cheek. He swam around me and showed me his incredible agility and speed in and out of the water. Lucas could jump 3-4 body lengths out of the water! I learned from Mine about Lucas, his species and how we humans need to care for the oceans and our planet.

I am an animal lover and Lucas stole my heart. He will live hopefully for at least 20-30 years and will meet many more humans as an emissary from hi species.

I hope to follow Lucas as he ages and maybe one day get in the water with him again. I will never forget him.