A busy couple of days with Pluto and I will have more tomorrow BUT I had to share the following with you. 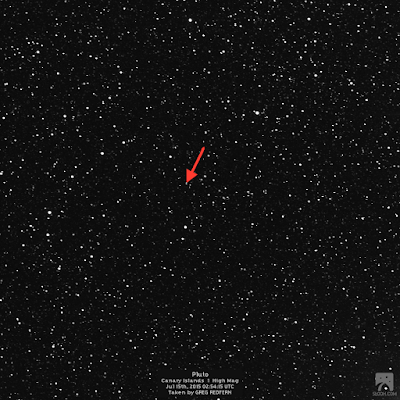 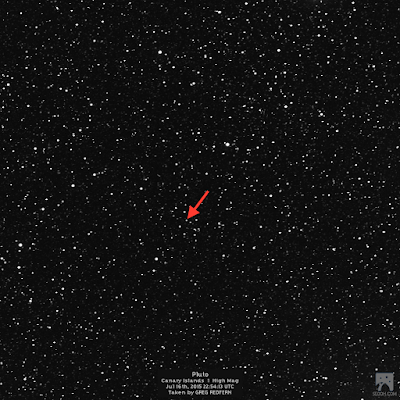 I have ALWAYS wanted to photograph Pluto. It is A CHALLENGE as Pluto is faint and is currently amongst the dense star fields of the Milky Way in Sagittarius.

I took one photo on the 15th and a second on the 16th, almost two days a part. Using a finder chart from Sky and Telescope I was able to pinpoint the elusive and wonderful world as you can see here:

Identifying Pluto on these images gave me a sense of what Clyde Tombaugh had to do to discover Pluto in 1930. He used a device called a Blink Comparator to watch for changes in the star field of two different photographs whereas I did not. I had a finder chart for Pluto which he did not.

It is not an easy thing to do finding Pluto. Even the New Horizons team had to make sure they were on target with their spacecraft.

Maybe someday I will see this fabulous world in the eyepiece of a telescope - that would be something.