Matt Damon - "The Martian" - Talks About NASA's Journey to Mars

We are at T-10 days until 'The Martian' makes its debut in movie theaters. On October 2nd we will be able to watch what I think will be a space blockbuster movie.

The star of the movie, Matt Damon, plays marooned on Mars NASA astronaut Mark Watney. The film is based on Andy Weir's best selling 2011 novel of the same title and was directed by Ridley Scott.

NASA went all out in supporting the film as it is a good promotion for the agency's "Journey to Mars".

Matt Damon has done a promotional video for NASA's 'Journey to Mars' which is a nice mix of the movie and NASA's efforts to get to Mars. I think that people seeing 'The Martian' will gain an appreciation for the efforts it takes to get to Mars and learn about the Red Planet.

The astronauts aboard the International Space Station got an off planet premiere of the movie as you can see in the 9/20 post by Astronaut Lindgren. ISS is key to going to Mars as we need to learn how to survive and thrive in space for the 500+ day mission to Mars.

Kjell LindgrenVerified account‏@astro_kjell
Movie night! What a treat to watch #TheMartian while in space and see reflections of our own #JourneyToMars! 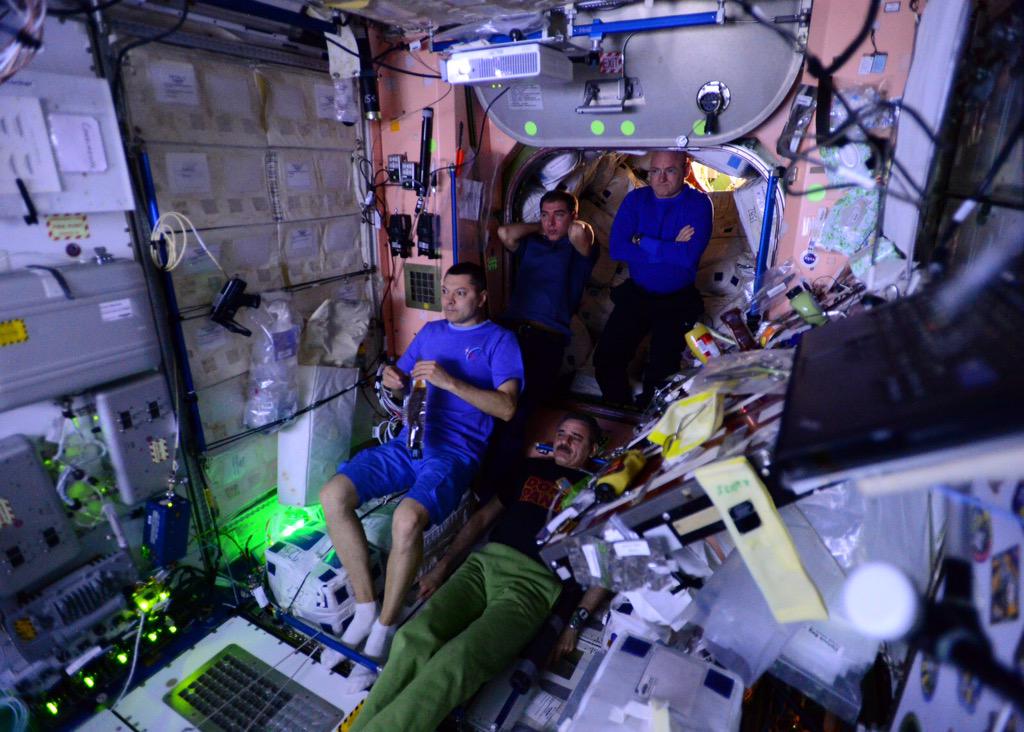 Email ThisBlogThis!Share to TwitterShare to FacebookShare to Pinterest
Labels: 1 year in Space Mission, Journey to Mars, Mars, NASA, The Martian