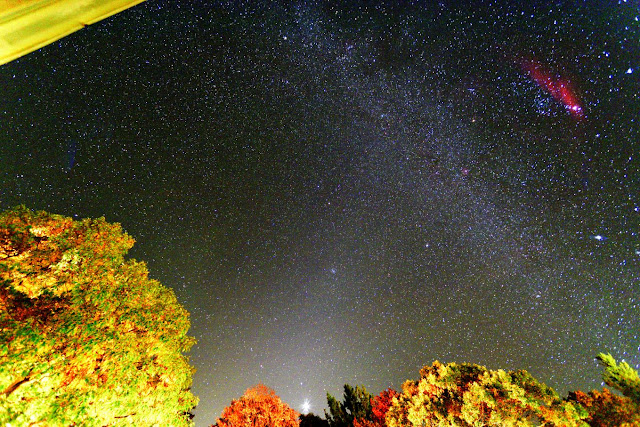 Despite the year that is 2020 here on Earth, Fall officially arrives September 22nd at 9:31 a.m. EDT. Astronomically speaking this is the date and time of the Autumnal Equinox  https://earthsky.org/astronomy-essentials/everything-you-need-to-know-september-equinox?utm_source=EarthSky+News&utm_campaign=c01b9db2e4-EMAIL_CAMPAIGN_2018_02_02_COPY_01&utm_medium=email&utm_term=0_c643945d79-c01b9db2e4-394691157     , the precise moment when the Sun is seen directly overhead at noon at the Earth’s equator.

Both the Northern and Southern Hemispheres will have almost equal amounts of daylight and night as the Sun rises due East and sets due West everywhere on the planet except for the poles. Seen from space  http://earthobservatory.nasa.gov/IOTD/view.php?id=52248   the Earth is equally illuminated by the Sun. All of this is repeated during the Vernal Equinox which marks the arrival of Spring in the Northern Hemisphere around March 21st.

The Earth’s seasons - Fall, Winter, Spring and Summer - are caused by the Earth’s orbit around the Sun and the 23 1/2 degree tilt of our planet’s axis. This causes the amount of sunlight falling on the Earth’s Northern and Southern Hemispheres to constantly change. The two hemispheres are always opposite in their seasons - our Fall is their Spring while our Summer is their Winter.

If you are outside your residence at sunrise on Tuesday, take note of where the Sun rises - that is due East. Every morning at sunrise after the Vernal (Fall) Equinox you will notice that the Sun is moving a little bit to the right, or towards the South at sunrise. This will continue until the Sun reaches a point on the horizon that marks its farthest point South - which marks the first day of Winter and the shortest amount of daylight for the year - the Winter Solstice. The Sun will start to move to the left or North on the horizon and the amount of sunlight will increase until around June 21st, the Summer Solstice, the greatest amount of daylight for the year. Then the season cycle begins anew with the Sun heading South on the horizon.

If you plan on going out to see sunrise do so while it is still somewhat dark to see beautiful and bright Venus in the East. In the southeast mighty Orion the Hunter and other winter constellations are easily visible.

Also visible now in the hours before sunrise in the East is the Zodiacal Light   https://earthsky.org/astronomy-essentials/everything-you-need-to-know-zodiacal-light-or-false-dawn?utm_source=EarthSky+News&utm_campaign=c01b9db2e4-EMAIL_CAMPAIGN_2018_02_02_COPY_01&utm_medium=email&utm_term=0_c643945d79-c01b9db2e4-394691157    You will need a dark sky site such as Shenandoah National Park https://www.nps.gov/shen/index.htm and the Moon out of the sky to see the alluring Zodiacal Light. If you plan on going to SNP you can get updates on the Fall colors using the Park’s website.

The arrival of Fall means that the Sun is getting lower in the sky each day at noon and the nights are growing longer and cooler. Our trees will soon begin to take on the beautiful colors of Fall and the air will have that wonderful “earthy” smell that can only happen at this time of year.

The longer nights allow us to better enjoy the night sky too. After sunset three planets awaits our gaze. In the South bright Jupiter can be easily viewed with dimmer Saturn just to its left. The planetary duo remain visible until they set hours later in the southwest.

Dominating the skies in the East at about 9 p.m. is very bright and orangish colored Mars - you can’t miss it. On September 29th it will be the second brightest object in the night sky after the Moon. The Earth and Mars are approaching one another and will be at their closest October 6th. October 13th Mars will be directly opposite the Sun and will rise at sunset in the East and be visible all night. In amateur telescopes Mars is QUITE the view as you can see in my photograph taken with my telescope. 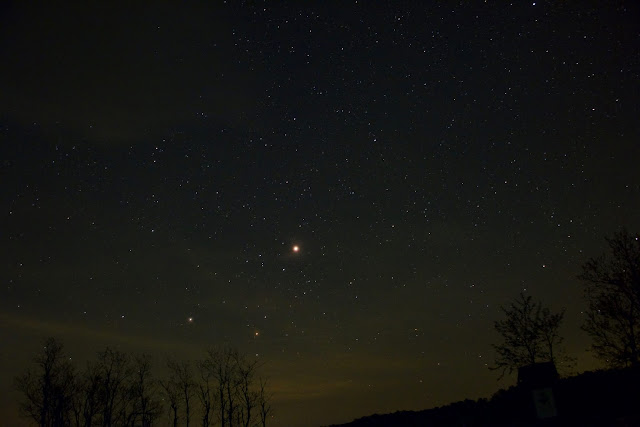 If you love the Moon be sure to check out the International Observe the Moon Night (IOMN) https://moon.nasa.gov/observe-the-moon-night/about/overview/    that takes place on September 26th. See if there is a live or virtual event that you can participate in. IOMN is held every year at various time to celebrate Earth’s celestial companion.

Enjoy the clean, crisp air of Fall and the lengthening nights. Breathe deep while you gaze skyward to see the stars - you’ll be glad you did.