In AMERICA, I hope you have a SAFE AND HEALTHY Thanksgiving.

Japanese astronomers have completed a new map of our Milky Way Galaxy that shows we are closer to the center of the galaxy and as a consequence are orbiting faster. 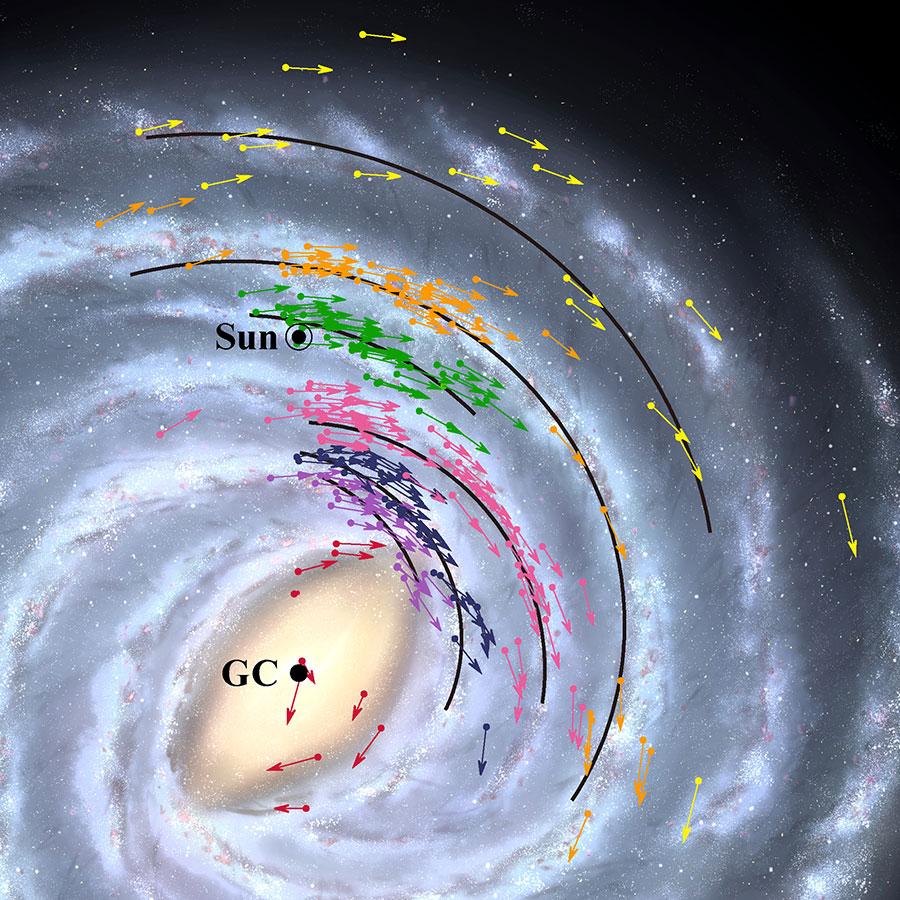 According to the press release, "The map suggests that the center of the Galaxy, and the supermassive black hole which resides there, is located 25800 light-years from Earth. This is closer than the official value of 27700 light-years adopted by the International Astronomical Union in 1985. The velocity component of the map indicates that Earth is travelling at 227 km/s as it orbits around the Galactic Center. This is faster than the official value of 220 km/s."