SOLAR CYCLE 25 HAS STARTED AS SUN IS "WAKING UP"

Our star, the Sun, is a complex thermonuclear fusion reactor that undergoes a well established "11 Year Solar Cycle".

The Sun is coming out of "Solar Minimum" and into the early start of Solar Cycle 25 which will lead to    "Solar Maximum" in the years to come.

After a long spell of no sunspots the Sun is starting to produce them as you can see in  the image from the Solar & Heliospheric Observatory (SOHO) spacecraft taken today. The largest sunspot is several times larger than our whole planet! 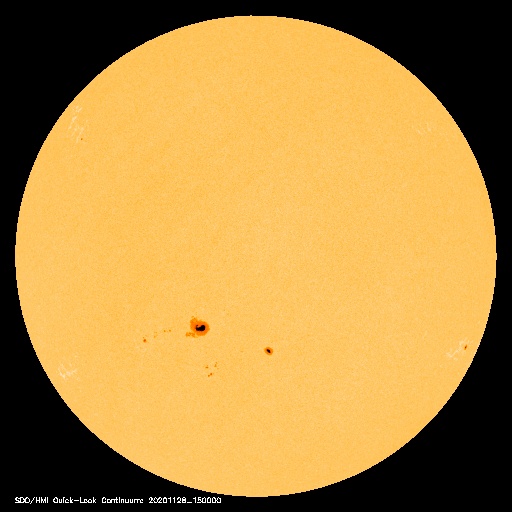 It will be interesting check on SOHO to see what the Sun is doing as it ramps up to Solar Maximum.

I hope you will check SOHO too.

Email ThisBlogThis!Share to TwitterShare to FacebookShare to Pinterest
Labels: SOLAR CYCLE 25 HAS STARTED AS SUN IS "WAKING UP"