While the Nation endures the pandemic and aftermath of January 6th, NASA is moving ever closer to returning to the Moon with its Space Launch System (SLS) rocket and Orion spacecraft.

The static firing of the core stage of SLS is set for January 16th on the B Stand. I would have been there to witness it if not for the pandemic. I was there in 2014. 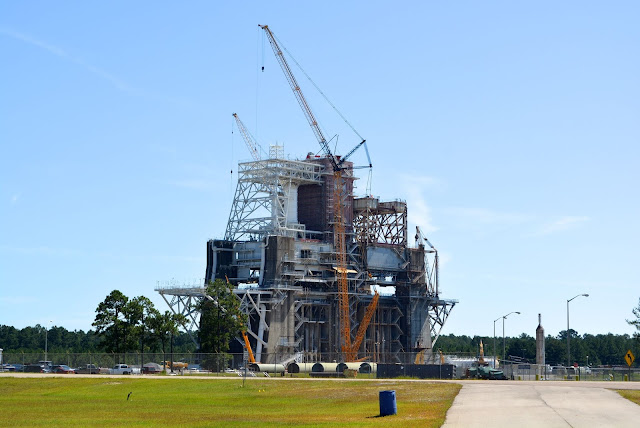 B Stand Undergoing Modifications for SLS in 2014.

If the test goes well and data shows all is A-OK, then NASA will be in a good position to launch Artemis 1 in October 2021. I plan on being there.

There will be 2021 NASA launches of Crew Dragon and you can sign up with NASA to follow them virtually.

It is vitally important to the Nation that NASA continues moving forward to the Moon and beyond regardless of what is happening. I remember so well how Apollo 8 saved 1968.