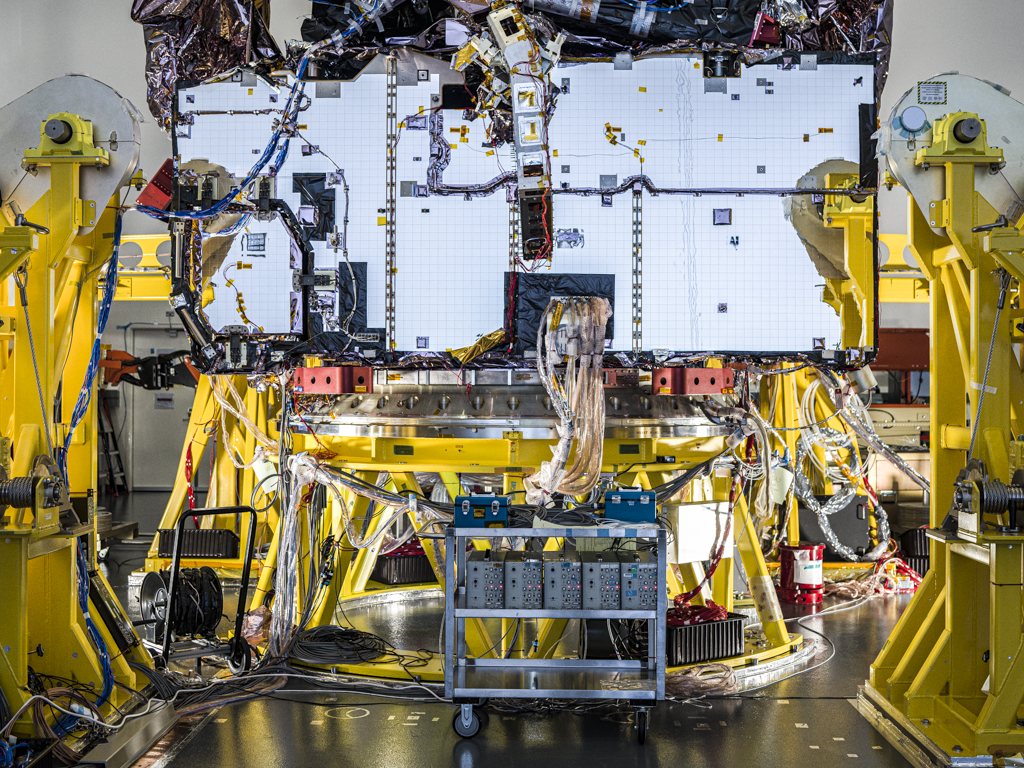 During its final full systems test, technicians powered on all of the James Webb Space Telescope's various electrical components installed on the observatory, and cycled through their planned operations to ensure each was functioning, and communicating with each other.
Credits: NASA/Chris Gunn

This is a huge step forward in preparing JWST for its launch on an Ariane 5 rocket from French Guiana In October 2021.

As stated in the NASA release, "The next series of milestones for Webb include a final sunshield fold and a final mirror deployment."

Milestones and actions will come quickly in order to meet the planned launch window.