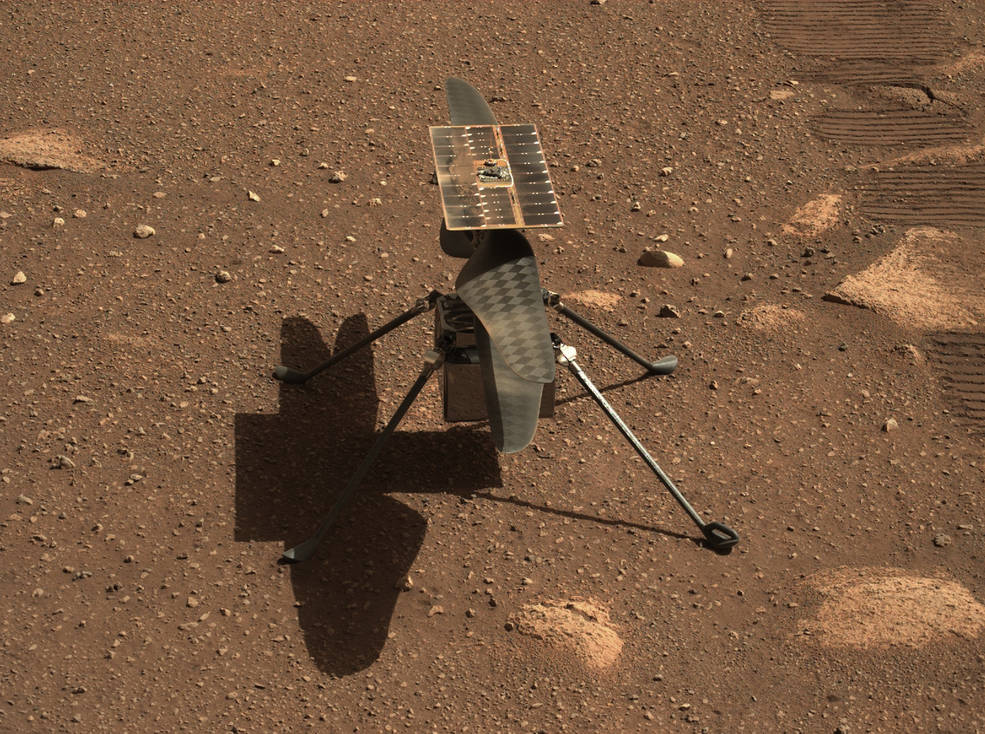 NASA’s Ingenuity Mars helicopter is seen in a close-up taken by Mastcam-Z, a pair of zoomable cameras aboard the Perseverance rover. This image was taken on April 5, 2021, the 45th Martian day, or sol, of the mission.
Credits: NASA/JPL-Caltech/ASU

Ingenuity unfolded its blades today on Mars in preparation for its inaugural flight planned for Sunday. 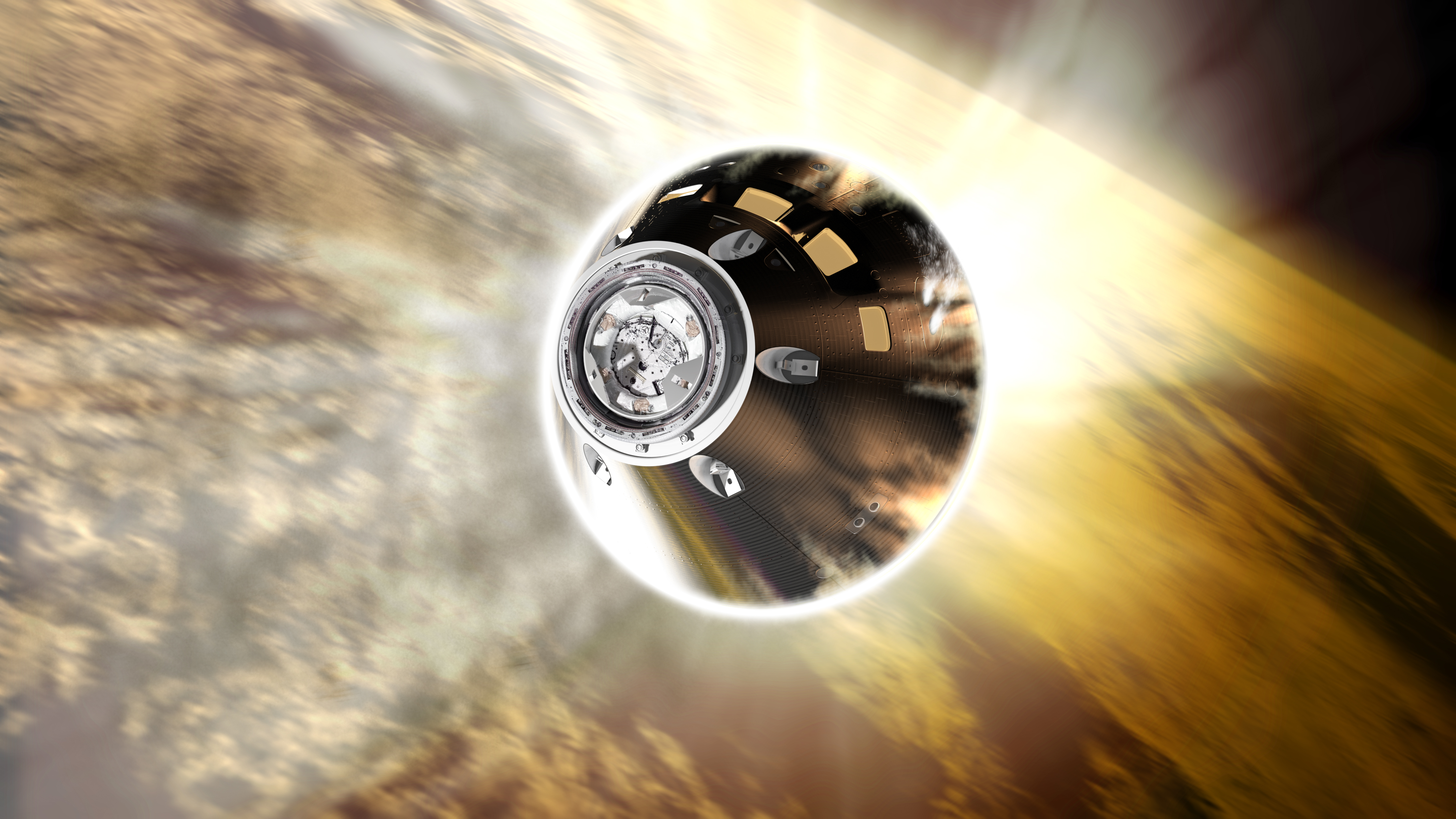 NASA has announced today (4/8/21)  that its new crewed spacecraft, Orion, will use a new atmospheric re-entry technique for the Artemis-1 mission.

The spacecraft will skip off the atmosphere and re-enter again which will allow for much more precise re-entry landing in the ocean.