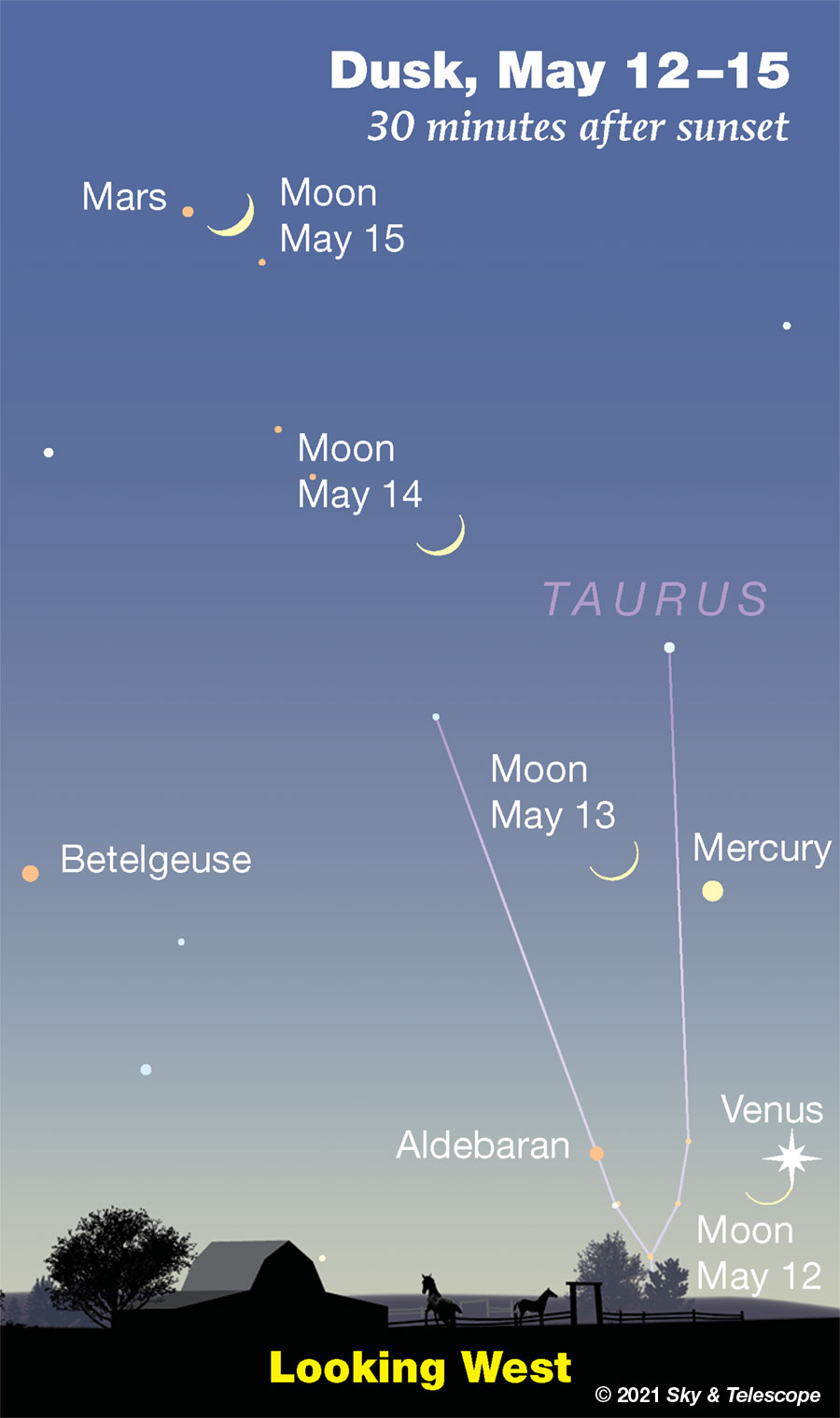 The Moon in these scenes is, as always, drawn about three times its actual apparent size. Positions are exact for an observer at latitude 40° N, longitude 90° W, near the population center of North America. And remember, the visibility of faint little objects in bright twilight is exaggerated.

Starting tonight you have an EXCELLENT opportunity to see a VERY young Waxing Crescent Moon pass very close to the planet Venus. Binoculars will help greatly in your search and viewing of this lovely pairing as will a clear western horizon. The Moon will be just a little over a day old as New Moon was yesterday.

On Thursday you will see how the Moon has moved in the sky and gotten a little "fatter" in its phase. It will also be near the bright planet Mercury

Friday you can see again how the Moon has moved in the sky and increased its illumination phase. You may be able to see the unlit portion of the Moon's surface called Earthshine which is the illumination of the Moon by sunlight reflected off our planet's clouds and to a lesser degree oceans. You are standing on planet Earth which is the 3rd planet from the Sun and part of the inner solar system. Watching the Moon move past the other inner solar system planets is the result of the movements of the Moon orbiting the Earth and the inner planets orbiting the Sun.

Saturday the Moon continues its journey in the sky passing the last planet of the inner solar system, Mars. The Red Planet is a dim ember of its former appearance in our sky last year and is the only other planet to have aircraft operating - Ingenuity helicopter.

Beyond Mars is the Asteroid Belt and then the remainder of our vast solar system.

Treat yourself to this solar system spectacle and contemplate the forces at work to make it all happen.