TOMORROW'S LAUNCH HAS BEEN SCRUBBED DUE TO

"Allowing the International Space Station team time to continue working checkouts of the newly arrived Roscosmos' Nauka module and to ensure the station will be ready for Starliner's arrival."

A new launch date will be announced soon. 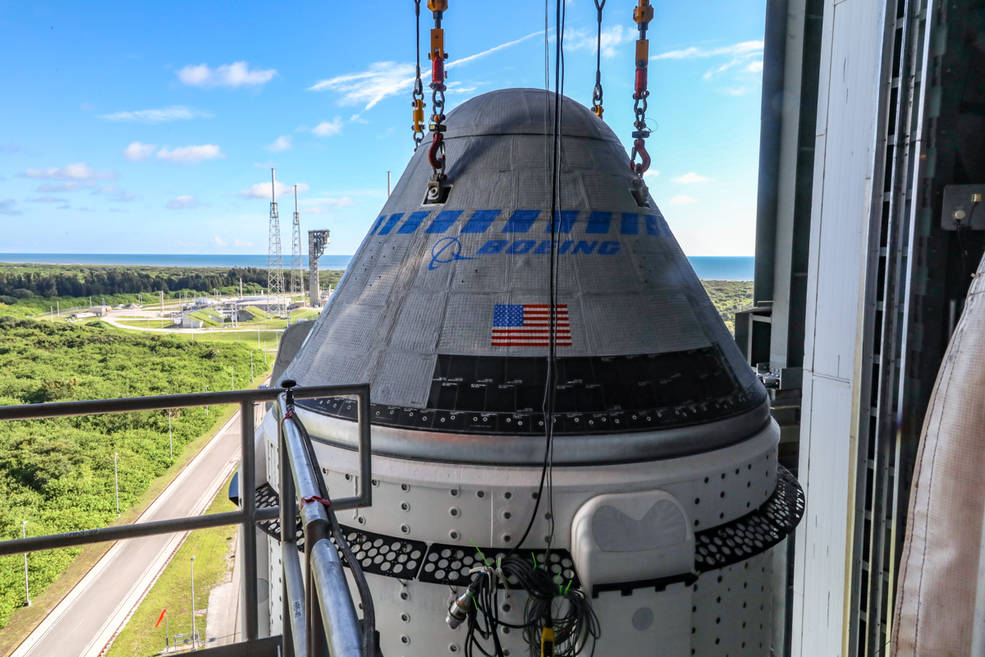 The second Orbital Flight Test (OFT-2) of Boeing's Starliner crew capsule is due for liftoff tomorrow at 2:53 p.m. EDT.  The uncrewed spacecraft will dock with the International Space Station (ISS) 24 hours after liftoff if all goes according to schedule.

If OFT-2 is a success NASA has indicated the first crewed mission of Starliner could happen later this year.

Here are details on how to watch and participate.

Email ThisBlogThis!Share to TwitterShare to FacebookShare to Pinterest
Labels: BOEING STARLINER SET FOR LIFTOFF TO ISS ON FRIDAY