The Milky Way's Supermassive Black Hole Has a Leak 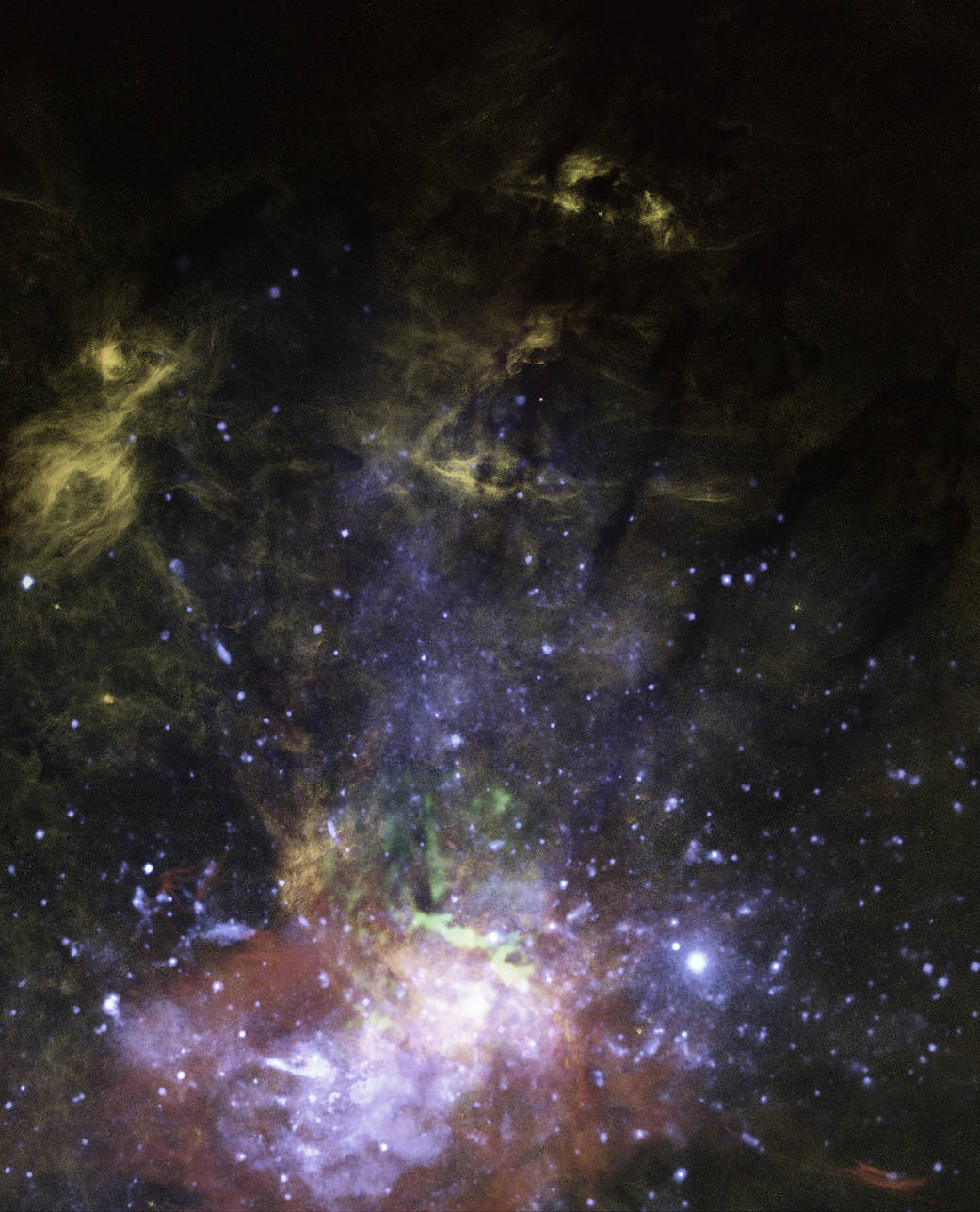 Our Milky Way's central black hole has a leak. This supermassive black hole looks like it still has the vestiges of a blowtorch-like jet dating back several thousand years. NASA's Hubble Space Telescope hasn't photographed the phantom jet but has helped find circumstantial evidence that it is still pushing feebly into a huge hydrogen cloud and then splattering, like the narrow stream from a hose aimed into a pile of sand.

This composite image is of X-rays, molecular gas, and warm ionized gas near the galactic center. The orange-colored features are of glowing hydrogen gas. One such feature, at the top tip of the jet is interpreted as a hydrogen cloud that has been hit by the outflowing jet. The jet scatters off the cloud into tendrils that flow northward. Farther down near the black hole are X-ray observations of superheated gas colored blue and molecular gas in green. These data are evidence that the black hole occasionally accretes stars or gas clouds, and ejects some of the superheated material along its spin axis.

Email ThisBlogThis!Share to TwitterShare to FacebookShare to Pinterest
Labels: The Milky Way's Supermassive Black Hole Has a Leak