Full Moon, Belt of Venus and Earth's Shadow At Sunset

Today and this weekend the Moon being Full has great significance to several religions.

As explained by NASA in the article:

In the Christian ecclesiastical calendar, this is the Paschal Moon, from which the date of Easter is calculated. Paschal is the Latinized version of Pesach. Generally, the Christian holiday of Easter, also called Pascha, is celebrated on the first Sunday after the first full moon of spring. However, there are differences between the times of these astronomical events and the calendars used by the Eastern and Western churches. This is one of the years where these differences matter. Western Christianity will be celebrating Easter on Sunday, April 17, 2022, the Sunday after this first full moon of spring. Eastern Christianity will celebrate Eastern Orthodox Easter a week later on Sunday, April 24.

For Hindus, this full moon corresponds with Hanuman Jayanti, the celebration of the birth of Lord Hanuman, celebrated in most areas on the full moon day of the Hindu lunar month of Chaitra.

For Buddhists, especially in Sri Lanka, this full moon is Bak Poya, commemorating when the Buddha visited Sri Lanka and settled a dispute between chiefs, avoiding a war.

To view the Full Moon rising and/or setting as I imaged in the above photograph, you need a clear view of the Eastern (rising) and/or Western (setting) horizon. The Belt of Venus and Earth's Shadow will be visible if the sky is clear and is a beautiful end or beautiful beginning to the day.

If you are up in the pre-dawn be sure to look at the parade of four of the five visible planets in the East-Southeast sky. You will want to look about 45 minutes before sunrise to see this impressive celestial line up. 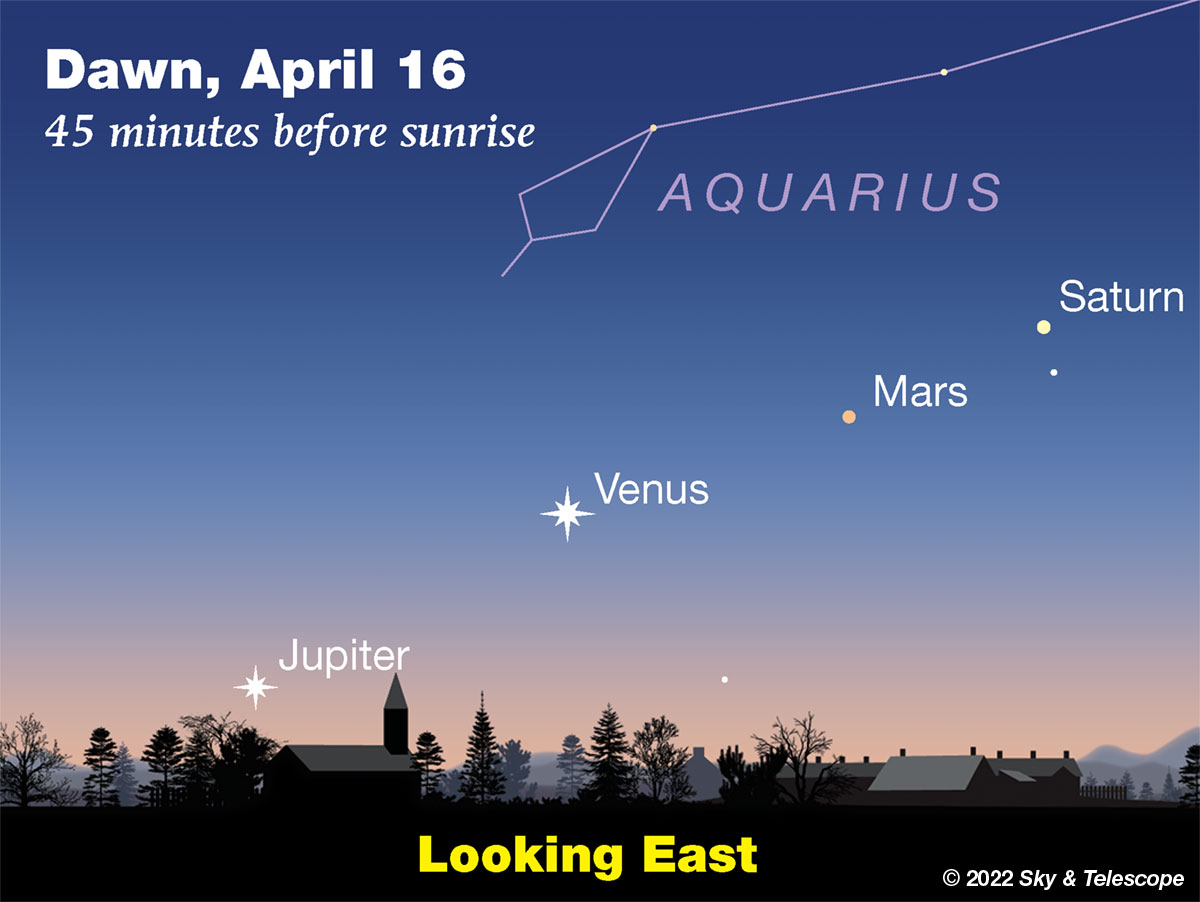 Jupiter appears a little less low in the dawn every morning. It's currently 12° from Venus. The two are closing in on each other; they will shine just ½° apart on the mornings of April 30th and May 1st. Make a note in your calendar! These are the two brightest celestial objects after the Sun and Moon.

Mark your calendars for the other celestial events that the NASA and Sky and Telescope articles describe.

With world events being what they are right now seeing the night sky offers a respite for us all. Take some time this weekend to find some solace and beauty that the night sky provides.