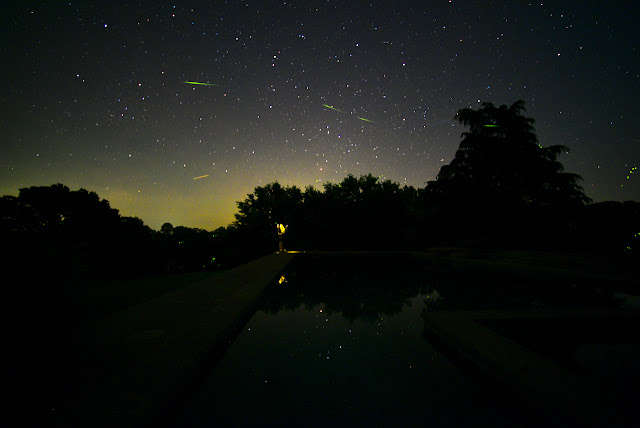 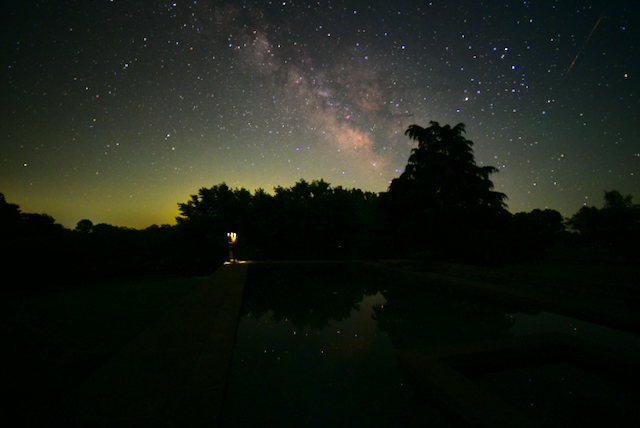 Fireflies Greet The Galaxy
The summer Milky Way is greeted by fireflies.
You need a dark sky site like this to see the Milky Way in all of its summer glory.
Fireflies are an added bonus.
Credit:
Taken by Greg Redfern
at
Edgewood Miller Farm, Barboursville, VA.

As we head into June and the beginning of summer, which by the way is June 1st meteorologically and June 21st at 5:13 a.m. EDT this year astronomically https://www.ncei.noaa.gov/news/meteorological-versus-astronomical-seasons , a rare sight awaits in the pre-dawn sky - a parade of planets.

All five planets that can be seen in the sky with just our eyes will form a planetary parade spanning across a wide swath of sky. What makes this sky spectacle special and somewhat rare is that the five planets will be in proper order from the Sun - Mercury, Venus, Mars, Jupiter and Saturn. The last time this happened was December 2004.

The key to seeing the planets is having a clear horizon free of trees and buildings as the planets closest to the Sun will be near the horizon as compared to the other planets. Light pollution will not be a factor unless you have a glaring streetlight at your viewing location. The Atlantic Ocean beaches are perfect for spotting this event as Mercury and Venus would be easy to spot above the ocean horizon with the other three planets being a cinch to see higher in the pre-dawn sky.

As an observing tip, Mercury will get higher in the sky as the month goes on and binoculars can help you find it.

As provided by Sky and Telescope  https://skyandtelescope.org/press-releases/planet-parade-to-grace-the-dawn-sky-this-month/ :

June 3–4: On these two mornings, the five planets span 91° when the separation between Mercury and Saturn will be at its smallest. Find a place with a clear view low toward the east to maximize your chances of catching Mercury. Bring binoculars. You’ll also need to make sure you’re in position well in time to enjoy the view of all five planets — you’ll have less than half an hour between when Mercury first appears above the horizon and when it essentially gets lost in the glare of the rising Sun. 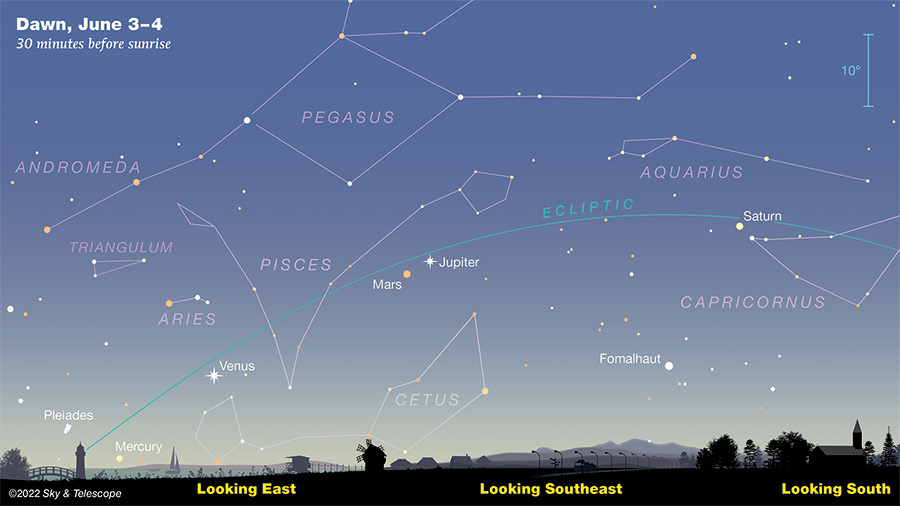 All five naked-eye planets line up in their proper order from the Sun during the month of June. On June 3–4, the separation between Mercury and Saturn will be at its smallest, at 91°. Mercury will be a challenge to spot earlier in the month. Click on the image for a higher-resolution version of the chart.skyandtelescope.org illustration

June 24: According to Sky & Telescope magazine, the planetary lineup this morning is even more compelling. To begin with, Mercury will be much easier to snag, making the five-planet parade that much more accessible. And you’ll have about an hour to enjoy the sight, from when Mercury pops above the horizon to when the rising Sun washes it out of the sky. But the real bonus is the waning crescent Moon positioned between Venus and Mars, serving as a proxy Earth. By this time of month, the planets are spread farther across the sky — the distance between Mercury and Saturn will be 107°. 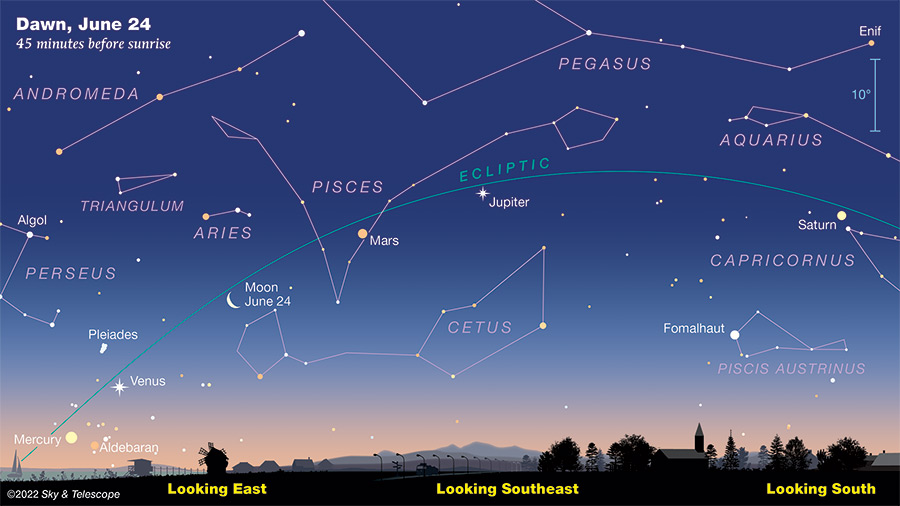 At dawn on June 24th, the crescent Moon joins the planetary lineup. It's conveniently placed between Venus and Mars, serving as a proxy Earth. Click on the image for a higher-resolution version of the chart.skyandtelescope.org illustration

Use the provided sky charts to help you set your alarm and identify the planets. Try imaging the planets with your smartphone or any type of camera.

Enjoy the view and oh, our very own Milky Way Galaxy starts to make its appearance in our summer skies late in the evening. If you want to celebrate the start of summer, learn how to photograph the night skies and see the Milky Way from a dark sky site, join me June 21st at Crescere Farm https://crescerefarm.com . See you there!