NASA Goddard Space Flight Center originally released this video in 2012. Called Perpetual Ocean, it shows ocean surface currents around the world during the period from June 2005 through December 2007. The visualization doesn’t include a narration or annotations. It just lets you enjoy the sensational movement of the oceans on this watery planet of ours. NASA said in 2012:

… the goal was to use ocean flow data to create a simple, visceral experience.

Today is World Oceans Day .  It is a good time to think about the Earth's water cycle which all life on this planet is dependent upon. 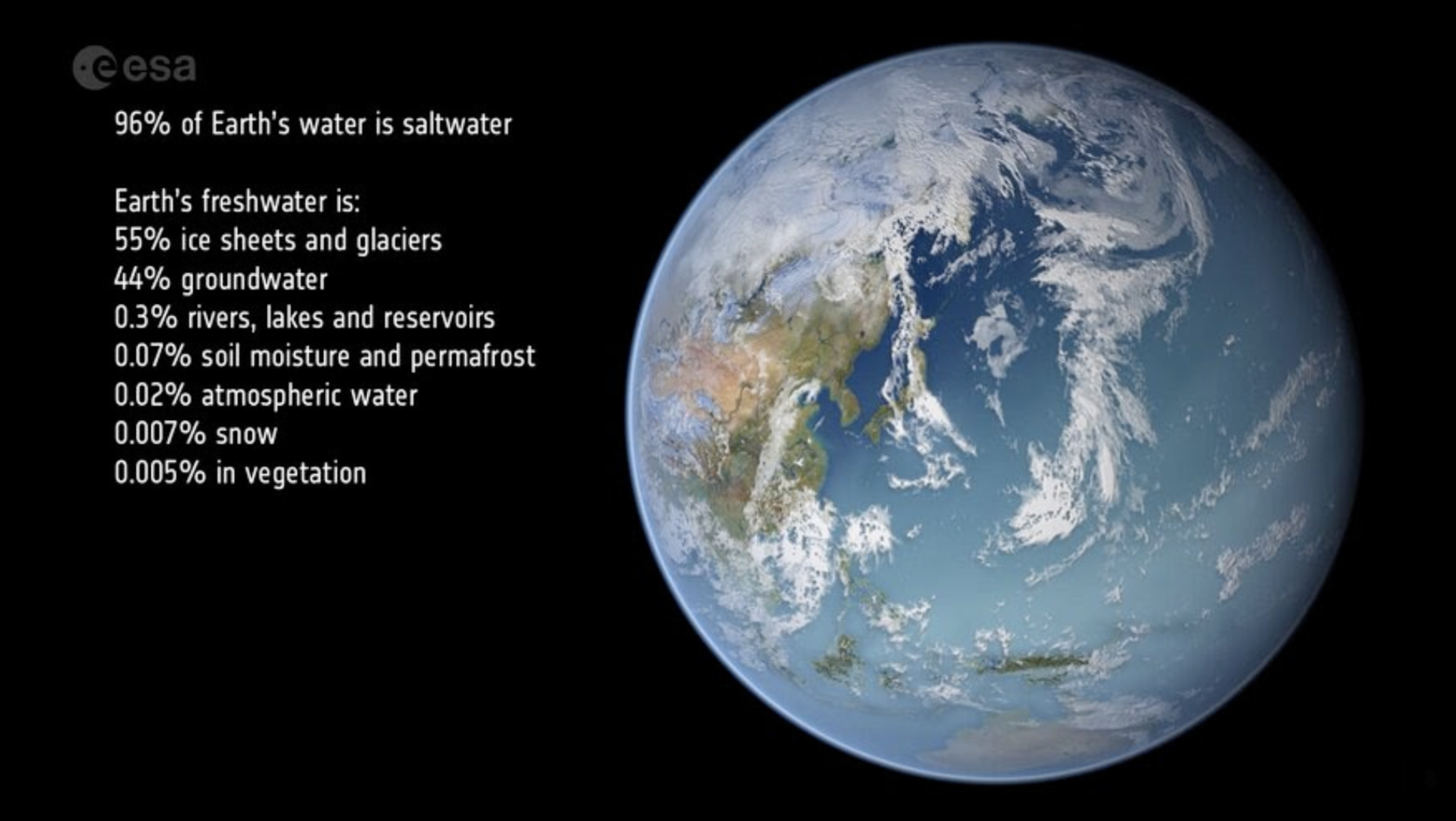 Climate change and human activity are adversely affecting the planet's oceans and our fresh water supply. We MUST make changes NOW to what we are doing to the planet. We are already seeing the adverse results in weather and fresh water supplies around the globe.