BTW that is the late Carl Sagan speaking......

We are 5 days from the release of the first images from JWST and this image from the Fine Guidance Sensor gives us a sense of what JWST is capable of doing. 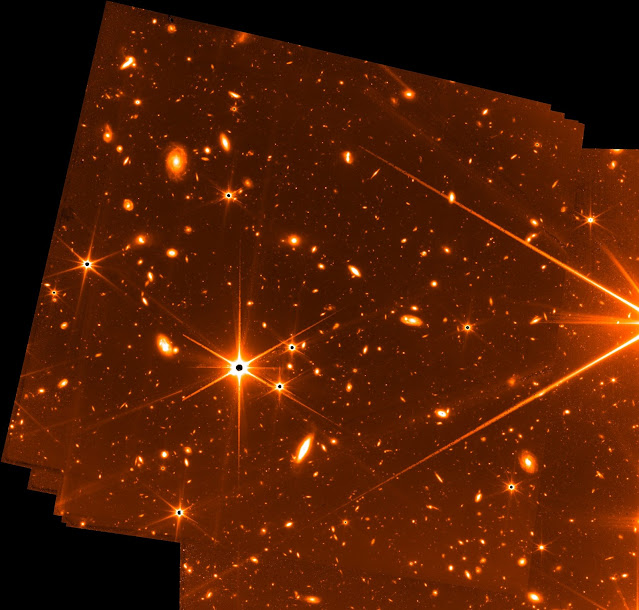 This Fine Guidance Sensor test image was acquired in parallel with NIRCam imaging of the star HD147980 over a period of eight days at the beginning of May. This engineering image represents a total of 32 hours of exposure time at several overlapping pointings of the Guider 2 channel. The observations were not optimized for detection of faint objects, but nevertheless the image captures extremely faint objects and is, for now, the deepest image of the infrared sky. The unfiltered wavelength response of the guider, from 0.6 to 5 micrometers, helps provide this extreme sensitivity. The image is mono-chromatic and is displayed in false color with white-yellow-orange-red representing the progression from brightest to dimmest. The bright star (at 9.3 magnitude) on the right hand edge is 2MASS 16235798+2826079. There are only a handful of stars in this image – distinguished by their diffraction spikes. The rest of the objects are thousands of faint galaxies, some in the nearby universe, but many, many more in the distant universe. Credit: NASA, CSA, and FGS team.

Webb is going to change our view and understanding of the Universe.