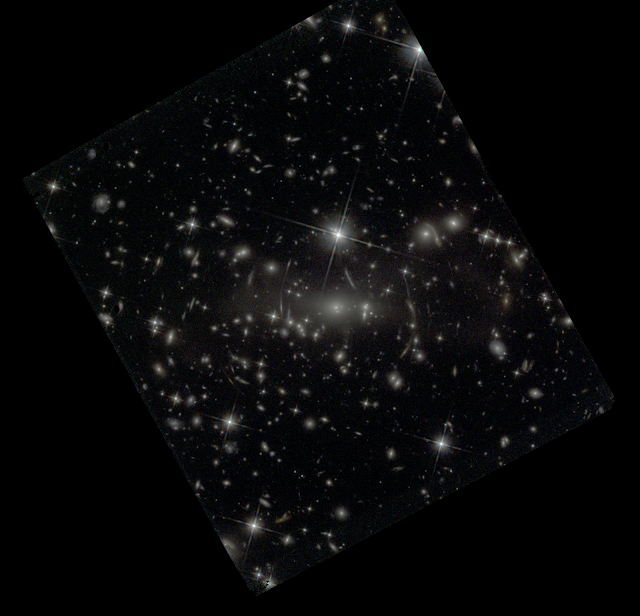 Late last night via Twitter and a NASA email to the media, it was announced that, “Monday, July 11, 5 p.m. – President Joe Biden will release one of Webb’s first images in a preview event at the White House in Washington. NASA Administrator Bill Nelson will provide remarks. A live stream of the event will be available on NASA TV https://www.nasa.gov/multimedia/nasatv/#public   . The image will be available simultaneously on NASA’s website https://www.nasa.gov/webbfirstimages. ”

In another Tweet, Jackie McGuinness, NASA Press Secretary   https://www.nasa.gov/feature/jackie-mcguinness-press-secretary/  revealed that,  “Webb’s First Deep Field will be the deepest and sharpest infrared image of the distant universe ever captured.”

As I previously reported  https://wtop.com/science/2022/07/groundbreaking-photos-from-webb-telescope-coming-july-12/ July 12th, 10:30 a.m. EDT, was going to be the release date for the historic images from JWST. On July 8th, NASA released their identity https://www.nasa.gov/feature/goddard/2022/nasa-shares-list-of-cosmic-targets-for-webb-telescope-s-first-images :

WASP-96 b (spectrum). WASP-96 b is a giant planet outside our solar system, composed mainly of gas. The planet, located nearly 1,150 light-years from Earth, orbits its star every 3.4 days. It has about half the mass of Jupiter, and its discovery was announced in 2014.

Southern Ring Nebula. The Southern Ring, or “Eight-Burst” nebula, is a planetary nebula – an expanding cloud of gas, surrounding a dying star. It is nearly half a light-year in diameter and is located approximately 2,000 light years away from Earth.

Stephan’s Quintet: About 290 million light-years away, Stephan’s Quintet is located in the constellation Pegasus. It is notable for being the first compact galaxy group ever discovered in 1877. Four of the five galaxies within the quintet are locked in a cosmic dance of repeated close encounters.

SMACS 0723: Massive foreground galaxy clusters magnify and distort the light of objects behind them, permitting a deep field view into both the extremely distant and intrinsically faint galaxy populations.

It is this last image that will be announced by the White House and with good reason as it will be humanity’s deepest view of the Universe to date. According to The Center for Astrophysics, SMACS is an astronomy acronym for Streaming Motions of Abel Clusters https://lweb.cfa.harvard.edu/~gpetitpas/Links/Astroacro.html . UCLA astronomer George O. Abell published a 1958 seminal paper https://adsabs.harvard.edu/full/1999ApJ...525C.873B about clusters of galaxies - huge structures that dominate regions of space due to their cumulative gravity. SMACS 0723 is a known gravitational lens https://www.nasa.gov/image-feature/goddard/2021/hubble-watches-cosmic-light-bend caused by the massive galaxy cluster that allows JWST to image far beyond the galaxy cluster itself.

Hubble Space Telescope (HST) has also taken deep field images of the early Universe  https://www.nasa.gov/content/discoveries-hubbles-deep-fields and today’s released JWST image is anticipated to show the Universe as we have never seen it before.

At the White House President Biden and Vice President Harris will be briefed on the JWST image by NASA officials with the image being released https://www.whitehouse.gov/live/ .

In the space age Presidents have made historic speeches and announcements about space. There was President Kennedy’s “We chose to go to the Moon” speech in 1962 that set America on the path of Apollo to the first lunar landing https://er.jsc.nasa.gov/seh/ricetalk.htm .  In 1969 President Nixon talked to Armstrong and Aldrin while they were on the Moon after their historic landing   https://www.archives.gov/exhibits/american_originals/apollo11.html . 1986 saw President Reagan leading the Nation in mourning the Challenger Astronauts https://history.nasa.gov/reagan12886.html . President Clinton made a speech in 1996 https://www2.jpl.nasa.gov/snc/clinton.html about a meteorite from Mars that scientists had claimed may show evidence of life on the Red Planet https://www.space.com/33690-allen-hills-mars-meteorite-alien-life-20-years.html . Segments of Clinton’s speech were used in the 1997 movie “Contact” https://www.imdb.com/news/ni60862315 .

This event will be historic too as it marks the moment when humanity’s understanding of the Universe was changed by the long awaited James Webb Space Telescope. For the next 20 years JWST will see the Universe as we never have before and as a result the astronomy textbooks will have to be updated. What we will see will include new views of the familiar such as our own galaxy, solar system and known astronomical objects. But the very first stars and galaxies to form await discovery as does that which we do not even know about.