Starting on April 10th brilliant and beautiful Venus will be passing by the Pleiades, or Seven Sisters star cluster in the western sky after it gets dark.

You do not need any observing aid to see this celestial spectacle as Venus is easily visible and will be just to the left of the Pleiades star cluster. Binoculars will really enhance the view and I highly recommend using them if you have them.

The light we see in the sky from the Sun, Moon, planets and stars all travels at 186,000 miles per second or 300,000 kilometers per second. This is the speed limit for light in the Universe as determined by Albert Einstein.

On April 10-12, Venus is about 100 million miles from Earth while the Pleiades are 440 LIGHT YEARS from us. If you look at your watch when you look at Venus and subtract 9 minutes and 20 seconds that is the time the reflected sunlight off of the cloud tops of Venus left the second planet from the Sun. The light from the stars of the Pleiades left in the year 1575.

People with good vision and dark skies and can see at least 7 stars in the Pleiades and they form a small dipper. Some people confuse the Pleiades with the much larger Little or Big  Dipper constellations in the Northern part of the sky. The 1000-plus stars of the Pleiades star cluster were all born about 100 million years ago from the same huge gas-dust cloud and are still wrapped in that gas and dust. You can see this nebulosity in my picture of the Pleiades. 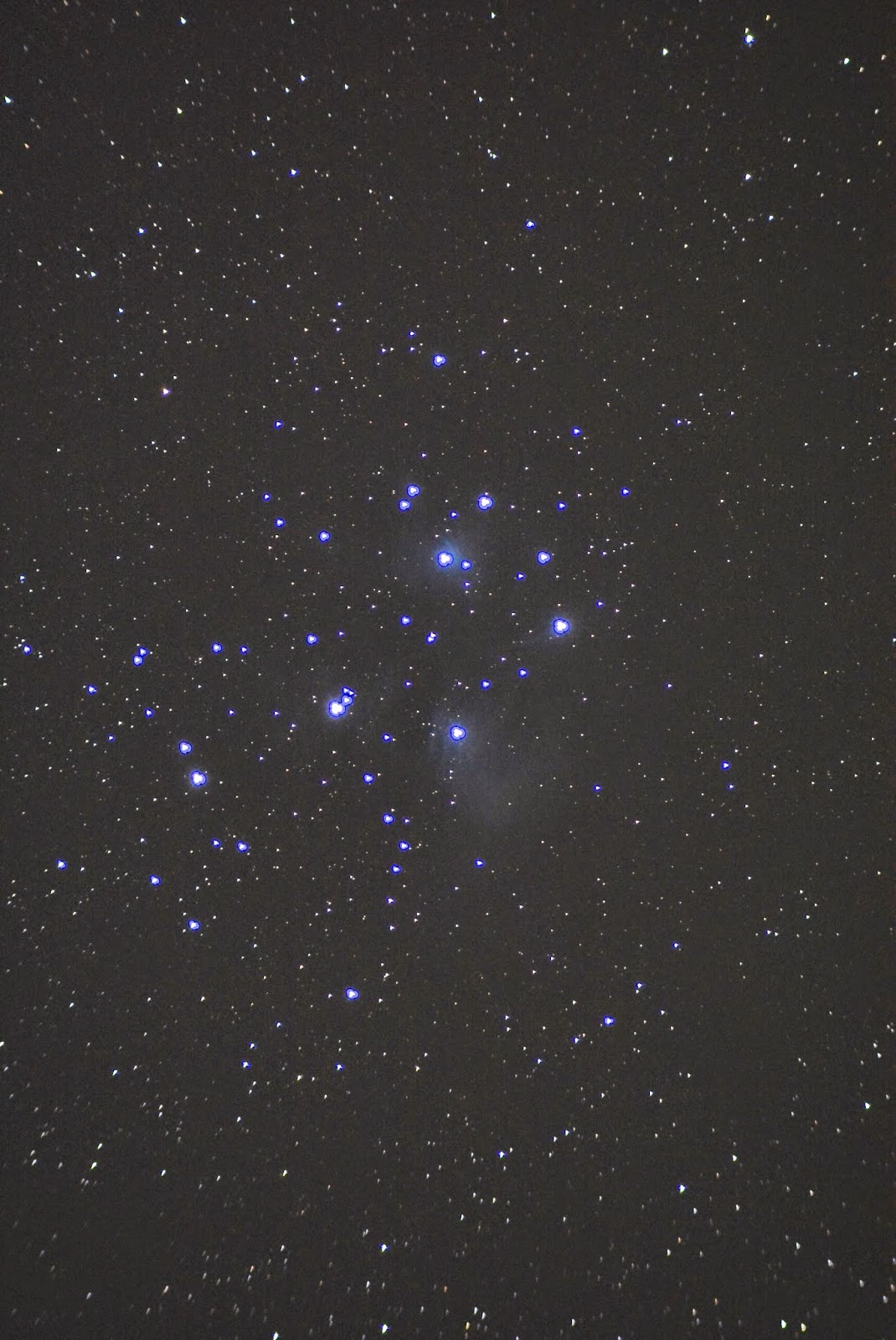 Enjoy this multi-day event and watch Venus move above the Pleiades. This motion in the sky is caused by the movement of Venus and Earth in their orbits around the Sun.

This pairing in the sky can be photographed by using a camera preferably mounted on a tripod. Using a starting ISO of 800 and a shutter speed of 2 seconds should get you some good pics. Take several and adjust your settings as needed. Try to avoid any lights that can ruin your shot.

Take pics over the 3 day time frame and you will easily be able to see the moment of Venus in the sky.

Sky Guy in the Pacific Ocean

Email ThisBlogThis!Share to TwitterShare to FacebookShare to Pinterest
Labels: Venus and Pleaides